Taking into account who ended up on the team, where the players finished in their college accolades and what players were brought in prior to the draft under the current John Elway led regime; here are my best guesses for who will end up on the Denver Broncos in 2013.

Since Von Miller's name came from NFL Commissioner Roger Goodell's lips no one has been able to predict a single player that the Denver Broncos have drafted with any sort of accuracy.

Here is my best attempt at changing that. This is not based on my opinion, in that these are not players that I expertly scouted and applied against my innate knowledge of Denver's needs and internal plans for the next five seasons. These are players that I predict at least one and as many as three will be drafted by the Broncos over the course of the three days that are the NFL Draft.

This list is not based off of need, want or any other inclination of the sort. It is again not meant to be anything other than the most educated guess that I am capable of making without any knowledge of what as of yet unknown factors will come into play during the three day whirlwind at the end of this week. 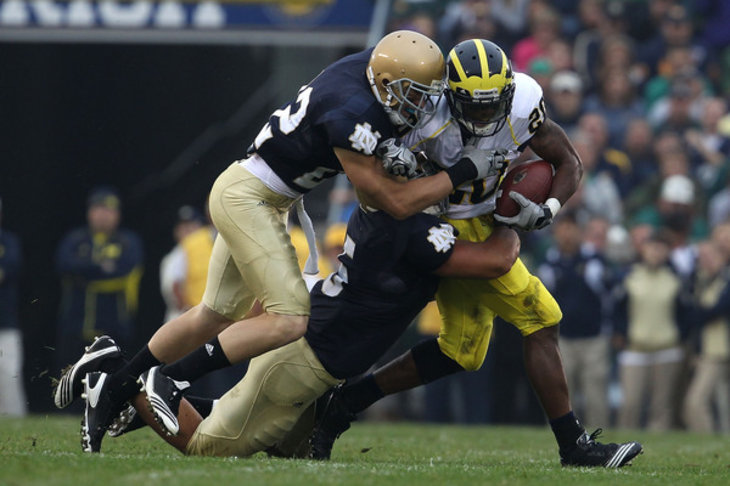 As you can see this list is very defensive heavy and does not include any offensive lineman, as I haven't been able to decipher any type of pattern by which this current staff is drafting offensive linemen. Also, there isn't a great trend in drafting offensive players at all, so if you wanted to cut this short list down even further, you could likely eliminate the three players that I have on the list. Only six of Denver's sixteen draft picks in the last two seasons have been offensive players (two being linemen).

Something also needs to be said about the large majority of the list having first round grades. I am working with a theory that I'll be more than happy to share after the draft, but it will be much easier to prove with three drafts in the bucket.