The NFL draft is just about here guys. Who do i think the Broncos will take in the first two rounds of the NFL Draft?

Flexible athlete with the natural bend to dip and contort his body to get under or around blocks. Shows excellent snap anticipation and fires out of his stance. Projects as a strong-side 4-3 end who can play the run well and get pressure on the quarterback. Possesses good quickness off the snap for his size and flashes some shimmy to get the inside lane. Finds the ball well and uses active hands to rip past tackles after initial contact. Brings power to his punch, can bull his man towards the quarterback with leverage. Swallows running backs after shedding his man in the run game, has athleticism to make tackles in space. Stacks and sheds well, sets the edge and works off blocks to make stops in the run game. Times jumps well to knock down passes if unable to get to the quarterback, also looks comfortable making plays in coverage (18 career passes defended).

Lacks elite length for the position and doesn’t have the natural start/stop explosion of some pass rushers. Pops straight up out of his stance at times, losing strength at the point of attack, and is inconsistent turning the corner as a pass rusher. Usually looks for misdirection when unblocked but loses contain when getting caught up in pulling guards instead of keeping outside leverage. Motor tends to run hot/cold at times, especially late in games or if the play isn’t to his side of the field. Needs to consistently finish when he gets his hands on the ball carrier. Has a history of several minor injuries, including a left hand issue that bothered him this past season.

Looking at the draft board, it's hard to place Werner to any team before the Broncos. Werner was considered a top 5 pick before the whole process began, and his stock has fallen because of his workouts. Werner isn't the flashiest of athletes, but he's a helluva football player. Werners tape doesn't lie, he's a stud and would be a great addition to the Broncos defense. 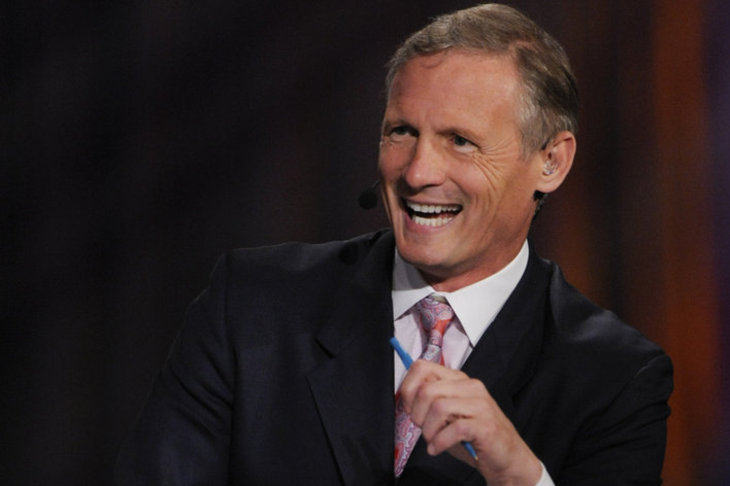 What i like about Werner is that he can do everything. He can set the edge, he can sack the QB, he's a solid tackler, he can swat down passes, and has a great motor. He reminds me of a smaller version of Derek Wolfe. This is why i think John Elway will rank Werner high on their draft board. He's very smart, mature, married and just a solid football player. Adding Werner with Robert Ayers, Derek Wolfe and Von Miller will give the Broncos a young pass rushing nucleus.

Brute nose tackle (though he plays some five-technique) with a very good motor. Solid two-gap player who keeps his eyes in the backfield to find the ball. Plays with leverage, gets under the pads of his man to hold the line or push him into the backfield. Has enough quickness and power off the snap to pop off his blocker and grab backs heading outside or coming through the middle. Uses quick hands to swipe aside lunging blockers to penetrate into the backfield. Stays upright against cut blocks and gives second effort to get up when on the ground. Gets low with power in short-yardage situations. Also hustles to the sideline to chase scrambling quarterbacks and stretch plays when fresh. Pushes the pocket a bit as a pass rusher, and will work past lesser blockers’ shoulders into the backfield. Cleans up piles, sending linebackers flying.

Not an exceptional athlete, relies on hustle and strength to make plays. Lacks the quickness and agility to be a regular factor in pass rush or corral quicker ballcarriers in space. Thick in the middle and a bit thinner in the legs; plays top-heavy, ends up on the ground too often. Gets caught up on blocks at times inside, lacking hand and foot quickness to disengage to make the play.

I'm a big Jesse Williams fans. Big man who is athletic for his size. Yes he's a bit of a one trick poney, however i believe he will be a stud Nose Tackle in the future. The Broncos Kevin Vickerson and Terrance Knighton on the roster right now. Neither is signed long term, and honestly neither is a dominant player. Adding Williams would give the Broncos something they haven't had in a long long time. A young, playmaking front seven

What i like about Williams is this. He can eat up blockers. That will allow Miller, Werner and the Linebackers make plays in the backfield. Williams can also make the play himself. Yes he isn't much of a pass rusher, but he can push the pocket and is athletic enough to chase down running backs and scrambling QB's. There's a good chance Williams could very well go in the first round or early 2nd round, but his stock has been falling a little bit.

So that's what i think could happen in the first two rounds, but honestly the Broncos can go a number of different ways. The Broncos don't have any big needs and could go Cornerback, Interior OL, Defensive Tackle, Defensive End, Linebacker or safety, and could even trade back again. This is a tough draft to mock for the Broncos.

Tell me what you think of this draft.