We've been covering the Denver Broncos draft predictions for the last few months, but what about the rest of the AFC West? The Kansas City Chiefs, Oakland Raiders and San Diego Chargers have a total of three of the top eleven picks.

The less than impressive records have kept the three other AFC West teams at the top of the draft and this draft is no different. Kansas City has the first overall pick, Oakland has the third and San Diego has the 11th overall pick. 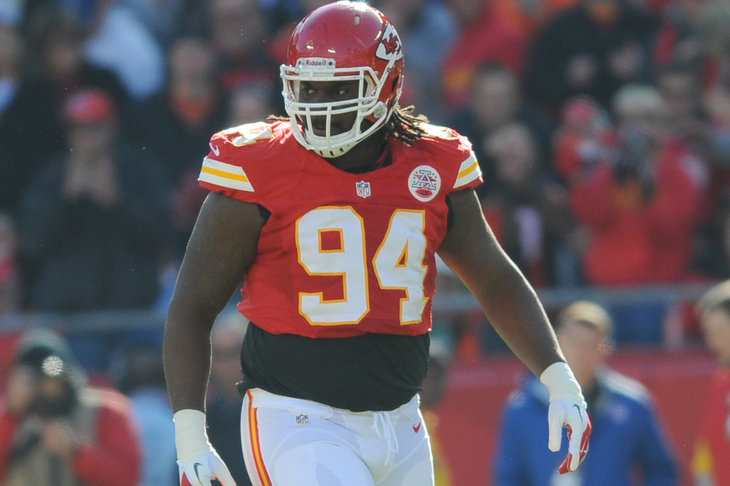 The good news for the Broncos with all those top picks available to the rest of the teams in the West is that there is not an obvious Andrew Luck or Robert Griffin III in this seasons' draft. The Chiefs with the first overall pick have been linked to Texas A&M tackle Luke Joeckel for quite some time, then came the lip service with Central Michigan tackle Eric Fisher and the outright propaganda with Oregon outside linebacker Dion Jordan.

Here is the deal with Dion Jordan, he may be one of the actual first round talents in the draft this season worth trading up for. Of course the Chiefs are "interested" in Jordan, why else would anyone even blink at offering up a package to trade up in the first round.

The issue with Kansas City drafting a tackle is that they don't need one, not even a little bit. Sure, they have a brand new free agent quarterback in Alex Smith, but they currently employ Branden Albert (whom they thought well enough about to slap the franchise tag on) and last season's third round draft pick Donald Stephenson. Stephenson has been taking snaps at left tackle in mini camp, but that is absent Albert and/or a first round draft pick that can also play left tackle.

The whole run around with the Chiefs is much ado about nothing and Kansas City will likely employ Eric Fisher in the near future. Denver's Von Miller will get to pick on someone else for the next 10-12 seasons and let's be honest here, that is what the Chiefs need to consider -- who can stop Miller for that time span.

With Oakland there are far more options and far more holes to fill, but after letting go of quite a few talented (and expensive) defensive tackles to free up future cap dollars they are going to go defensive tackle here. The Raiders have one (one!) defensive tackle on their roster that was with the team last season and two that have come via off season moves. Florida's Shariff Floyd seems to be the consensus pick here for Oakland and I find it hard to disagree, the only general manager to attend Floyd's Pro Day was the Raiders' Reggie McKenzie.

Floyd seems to be a consensus top five pick, but not necessarily one that any team is going to offer up this season's and next season's first round pick for. If you want to make an argument for another player, it might be time to bring up West Virginia quarterback Geno Smith, but it just seems far to off the wall for an Al Davis-less Oakland.

Most of the early mock drafts had the Chargers taking Oklahoma tackle Lane Johnson, but I don't see the Philadelphia Eagles (4th overall) or at least the Arizona Cardinals (7th overall) not taking him if he is still available. Trading has been something that I have tread lightly on thus far, but it really makes sense for San Diego who is reeling from the loss of guard Louis Vasquez to the Broncos, but have other holes to fill.

If the Chargers stay put North Carolina guard Jonathan Cooper should be available and would be a day one starter. Bolts from the Blue has an off the wall suggestion of last season's Remington winner, Oklahoma center Barrett Jones, but Alabama guard Chance Warmack (whom the team had in for one of their 30 pre-draft visits) seems to be a more likely choice -- in the event that Cooper isn't still on the board.

Cooper not being on the board isn't very likely, if history is any indicator as a guard has not been drafted inside the top ten since 1997.

So, there you have it, two of the three AFC West teams look to be taking an offensive lineman in the first round. Something must be done to put a stop to this vice grip that Denver seems to be placing on the top of the AFC West and if Oakland is any indication, simply grabbing a former Broncos coordinator isn't going to be enough.