2013 Broncos Draft Buzz: It's between Tank Carradine and Bjoern Werner

As the 2013 NFL Draft approaches, the Denver Broncos are being linked to two defensive ends from the same college team.

Share All sharing options for: 2013 Broncos Draft Buzz: It's between Tank Carradine and Bjoern Werner

The quest to replace Elvis Dumervil hasn't seen the Denver Broncos tap the free agent market like many expected.

Instead, the Broncos may tap the Florida State Seminoles.

Two defensive ends from FSU -- Bjoern Werner and Cornellius Carradine -- each approach Thursday's draft with first round grades. Each defensive end from FSU has been closely tied to the Denver Broncos.

Remarkably, both may be available for the Broncos at the 28th overall pick.

Seeing both players at No. 28 seemed impossible six months ago. But both players have seen their draft stocks shift recently in surprising fashion.

Carradine, who suffered an ACL tear in November, has seen his stock rise. Considered by some to be a Top 5 talent if healthy, Carradine has recovered from his injury remarkably quickly, posting a 4.75 40-time in his recent Pro Day workout. Carradine's work ethic and impressive progress have many believing he's maneuvered himself back into the draft's first round.

Meanwhile, Werner was considered a Top 15 talent for much of the pre-draft period, but has seen his stock start to slide only recently. 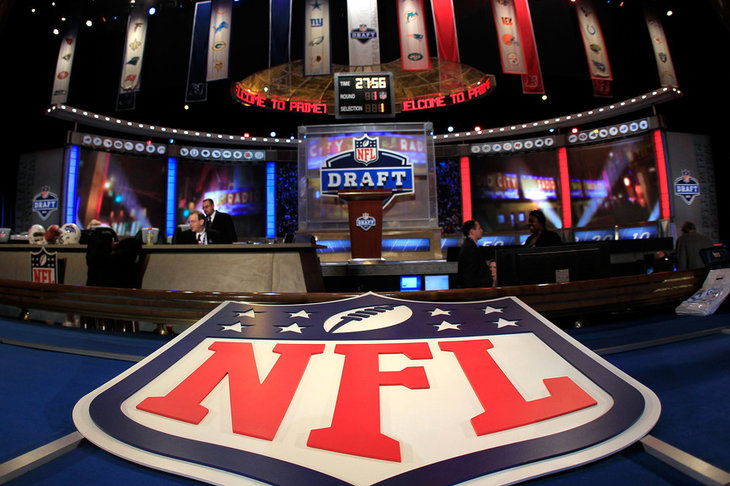 When you look at our final batch of updates to the Denver Broncos Mock Draft Database, Carradine and Werner are indeed neck-and-neck. Carradine was pegged to the Broncos in 14 mock drafts; Werner was Denver-bound in 11.

Of note: no other prospect even breaks five selections by the Broncos in the Mock Draft Database! To the outside world looking in, it's between Tank Carradine and Bjoern Werner for the Broncos.

So what separates the two?

Bjoern Werner is a game-impacting pass rusher who plays with a high motor and offers a large upside. He's displayed terrific development the past three years and will do well at defensive end in a 4-3 alignment. [via]

Tank Carradine was forced into the starting lineup last season then showed exceptional development on a week-to-week basis. He's an every-down lineman with the ability to defend the run, rush the passer, or chase the action in pursuit. If he quickly recovers from the knee injury suffered in November, Carradine should swiftly move into a starting lineup at the next level. [via]

Who would you choose?

If both are on the board at 28, and the Broncos couldn't trade down out of the pick (in fact they had to pick one of these guys) -- who would you have the Broncos choose? Take the poll and let us know in the comments.