The predictions are in stone. What will the Broncos do on draft day?

I may be predicting two trades for the Broncos, but I won't take them into account for this mock. 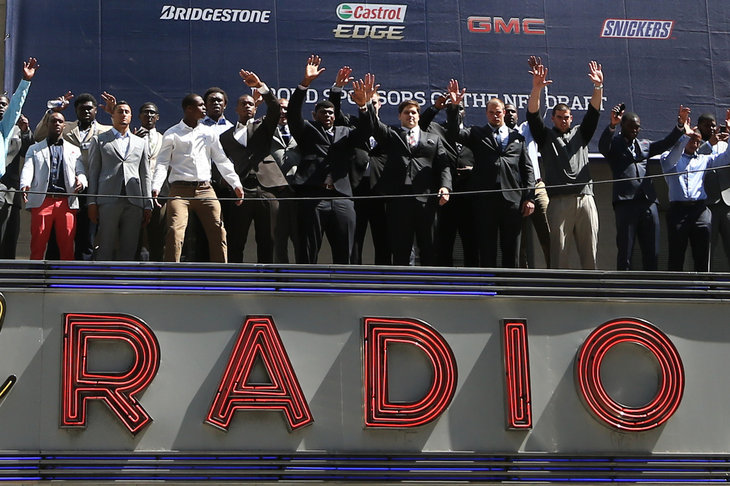 There is some buzz that Broncos are torn between Bjoern Werner and Tank Carradine, but I think they both are going higher than expected. If one of them are available at 28, the Broncos may pounce.

With the players gone that the Broncos are interested in, I think there is going to be a trade here. However, the Broncos are very high on Jamar Taylor. Taylor is a gritty and extremely talented corner worthy of the first round.

Check out the opening in the video below, it has Taylor going all Champ Bailey on Brock Osweiler, taking a pick back to the house.

Once projected in the top 10, Damontre Moore is expected to slide into day two. The Broncos will have an absolute steal on their hands. Moore has some maturity issues, but teams have been told that it's not work ethic related.

Despite playing on offense, Le'Veon Bell will hurt you and the Broncos like that. The Broncos have met twice with Bell and seem very interested.

A man who has drawn comparisons to Ben Rothelisberger. I've talked about this in greater detail in my predictions article. Here is a snippet.

Another quarterback? Yes. As stated before, the Broncos are not sneaky with their visits. Last year the Broncos met extensively with Brock Osweiler. This year the Broncos have met twice with Zac Dysert, once at the Senior Bowl and again in a private workout.

The Broncos will take a flyer on the hometown kid. Kasa, who is from Thornton, Colorado and played at Colorado, would be a special teams contributor instantly and has quite a bit of upside.

Other Players To Watch

Who do you have the Broncos taking? Leave me your picks in the comments!