The Denver Broncos select DT Sylvester Williams with the 28th pick in the 2013 NFL Draft. 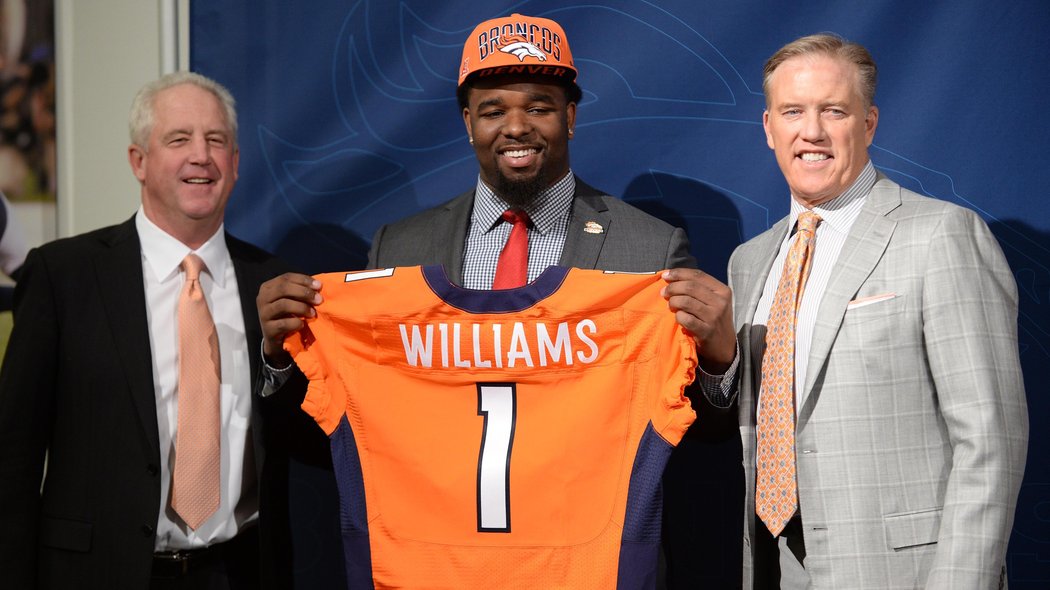 The Broncos had a number of options at the 28th overall pick, including Cornellius Carradine, Eddie Lacy, and Manti Te'o, but ultimately chose to give Jack Del Rio the player he undoubtedly wanted - a playmaker on the inside of the defensive line.

"Gonna give the Broncos everything I got, and we're gonna win a Super Bowl next year." -DT Sylvester Williams

A pass rushing force from the inside, Williams has proven to be a productive asset for the Tarheels, tallying 20.5 tackles for loss and 8.5 sacks in two years starting. "Utilizing his unique combination of cat-like quickness and a lethal swim move, Williams emerged as one of the more dangerous big-play interior defenders in the country as a senior," CBSSports.com writes.

It's the first time the Denver Broncos have selected a DT in the first round since Trevor Pryce in 1998.

What do you think of the pick, Broncos fans? Let us know in the poll and comments.