After a few questionable moves in rounds two and three, the Broncos redeem themselves by getting value selections for players who have great upside on the third day of the draft. Quanterus Smith had the best production of any defensive end in college football before missing his final two games with an ACL tear. He is a raw player, but expects to be ready for training camp. He will give the Broncos an added dimension off the edge rushing the passer.

I'll trust Elway's judgement on quarterbacks and walk away happy

Tavarres King is one of the most underrated receivers in this draft and I gushed about him in the MHR podcast. He runs great routes, is smart and adds a vertical speed dimension to our team. I believe he will beat out Matthew Willis and the other wide receivers on our team and end up being a fourth or fifth option for the team this season.

Vinston Painter is a quality selection in round six. He is a raw player, but has the ability to play multiple spots on the line and gives the Broncos depth at various positions.

Last but not least, Zac Dysert is a phenomenal selection for the Broncos in the seventh round. Some places had as high as a second or third round grade on him. Some question his love for the game, but he has an NFL arm and all the tools to be successful. I'll trust Elway's judgement on quarterbacks and walk away happy knowing Brock Osweiler has competition and we have yet another talented signal caller to groom under Peyton Manning. 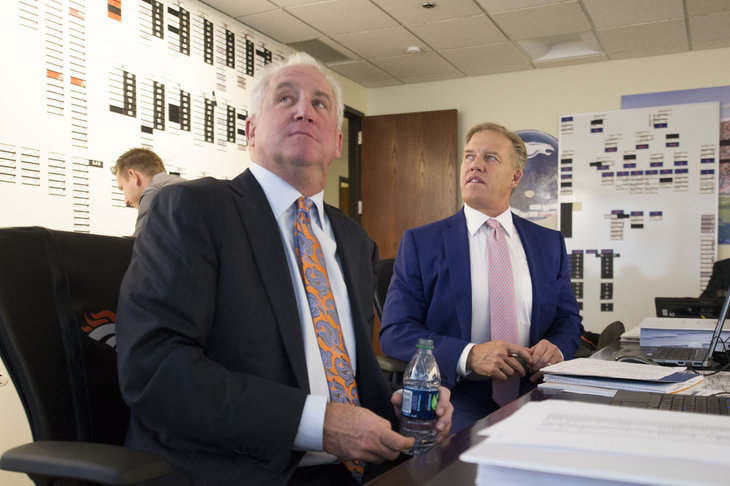 I'm going with a C+ again. I feel trading down was a bad move. The Broncos did the best with the lower talent in the 5th and 6th rounds though by drafting a high-ceiling DE in Smith. King is a decent project at wide receiver who will provide excellent competition for the #4 wide receiver spot. Painter isn't starting material and may not make the roster but will provide competition for depth along the offensive line. Dysert just makes sense since the Broncos only had two QB's on the roster and Elway said Dysert reminded him of himself. I expected him to go in the 5th or 6th so grabbing him in the 7th is the first player in this draft for the Broncos take later than expected.

Overall not bad, no great picks but enough potential to take it above a C average.

We got a very good pass rushing DE in Smith. He's a steal in the 5th. He is recovering from a ACL injury, but his upside is great. I hope he's back by Training Camp. Very excited for this pick.

I really liked the King pick too. He's a talented WR who can be a deep threat. Outside of DT, we really don't have a guy who can take the top off a defense. This also fills an area of need. Solid selection.

I always like late round offensive line depth. Vision tested well at the combine. He can play inside and outside, so his versatility is nice. He figures to challenge Chris Clark.

Getting Dysert in the 7th is good value in my opinion. Some people even like him better than Brock. We'll see. Love seeing competition at the two spot between two young guys when you have a established starter.

I loved the trade too. Still got solid players and picked up an extra pick. Solid day overall. Hope these guys work out. Enough with the negative nellies. 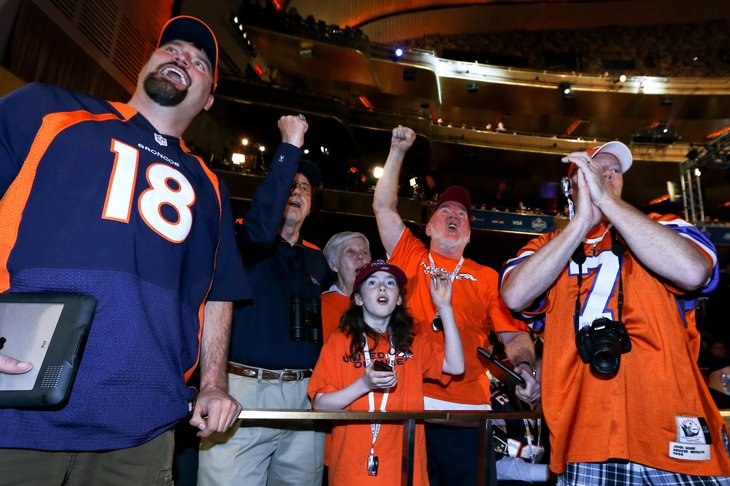 Broncos killed it yesterday. They took care of depth at each position that was lacking and they also added a few guys that can make a serious impact right now. DE Quanterus Smith had amazing production last year before tearing his ACL. WR Tavarras King is a guy that figures to be able to play from the slot or stretch the field vertically on the outside. OL Vinston Painter figures to add quality depth and also has the ability to be that swing tackle I pined for in later rounds before the draft. Finally, with pretty much every area addressed, Broncos get QB Zac Dysert--a guy some thought was 2nd or 3rd round talent.

The only pick that bothered me this entire draft was Webster and I can move past it. I didn't peg CB as a position of need before the draft and now we have someone to compete for that 4th spot. You have to love when your team is so deep the guy you pick in round 3 is fighting to be the 4th CB.

Overall I give the Broncos an A-.

A+. It's hard to grade Day 3 selections with anything but an A+, since most of these guys rarely become impact players in the NFL. These are all "hope they" picks. We hope they become the next Elvis Dumervil or the next Terrell Davis or Tom Brady. That said, here are my thoughts of each of the Denver Broncos late round draft picks.

Quanterus Smith: Great value pick here and if he can come back from his injury quickly, he could develop into Elvis Dumervil's replacement along the defensive line. His ability against the run is lacking, but Elvis too worked hard to become at least adequate in run support. John Elway took no risk in selecting this kid in the 5th round, but it could potentially pay huge dividends three years from now.

Tavarres King: His tape shows incredible ability to get deep. His size is a concern in today's NFL, so he will need to work his tail off to become that Rod Smith-type of story. If he beats out Matt Willis in camp, then we could be looking at a solid rotational wide receiver to give the starters a breather now and then.

Vinston Painter: You can never have enough depth on the line and in the sixth round you could find great value there. I strongly doubt Painter will push for playing time within the next three years, but he could develop into a strong backup.

Zac Dysert: I called this guy John Elway's "Plan B". Peyton Manning has about two years and Brock Osweiler will be starting soon after that, but if Osweiler flops then Elway and John Fox will know enough about Dysert by then to perhaps hand the reigns over to him. It wouldn't be the first time a late round quarterback becomes a star. Just ask Tom Brady or Tony Romo.

What say you, Broncos fans? Grade the Broncos' Day Three picks and dish it in the comments.