The Denver Broncos 2013 NFL Draft class is complete! Now it's time to grade John Elway, John Fox and the rest of the Broncos staff on their third draft together.

Your 2013 Denver Broncos draft class is here. John Elway and company appeared to mix both BPA and targeted reaches for players they really liked and wanted to bring in regardless of cost. It's obviously to early to grade this draft, but using what we know about these players we can at least grade the way the Broncos managed and handled this 2013 NFL Draft. 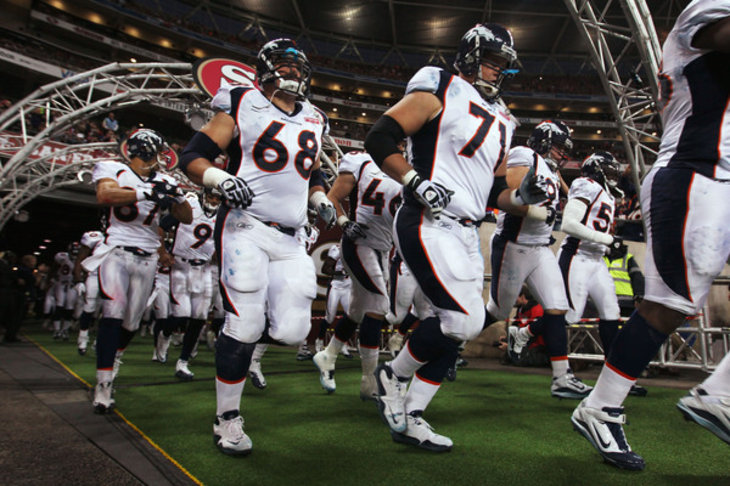 With the first selection of the draft, the Broncos took North Carolina defensive tackle, Sylvester Williams, with the 28th pick. Broncos fans mostly rejoiced with this pick, but on Day 2 there was definite disagreement on the players Elway targeted. Montee Ball, a running back out of Wisconsin, and Kayvon Webster a cornerback from South Florida were easily the most controversial picks of the draft for Broncos fans. After the frenzy of the first two days of the Draft, the Broncos were most active on Day 3.

From there, the Broncos pretty much drafted for depth to round out the 2013 NFL Draft. They selected defensive end Quanterus Smith out of Western Kentucky, wide receiver Tavarres King out of Georgia, tackle Vinston Painter from Virginia Tech, and quarterback Zac Dysert from Miami (Ohio).

Soon after the draft, the Broncos snatched up 15 undrafted free agents. Nearly all of those coming from positions weak in depth, so the competition this summer should be strong.