In this installment of the Broncos Six-Pack, we break down the 2013 Broncos Draft, and some of the more interesting results from the seven drafted,15 undrafted, and one veteran players the Broncos brought into the fold this weekend.

1. Robert Ayers, you feel that?

That tingling sensation on the back of your neck? That oh-so-slight increase in blood pressure, that elevated awareness, that heightened sense that everybody is watching you?

That's called "That Thing You Were Supposed to Bring Your Entire Denver Broncos Career."

The Denver Broncos made two moves yesterday to bring the pressure. They signed ex-Chargers OLB Shaun Phillips, who will back-up strongside linebacker Von Miller and add his 69.5 career sacks to the Broncos' front seven. I expect Phillips will see time at defensive end too, where he played in college. The Broncos also drafted defensive end Quanterus Smith, a small-school pass-rushing specialist with upside through the roof.

How does Shaun Phillips fit with the Broncos? 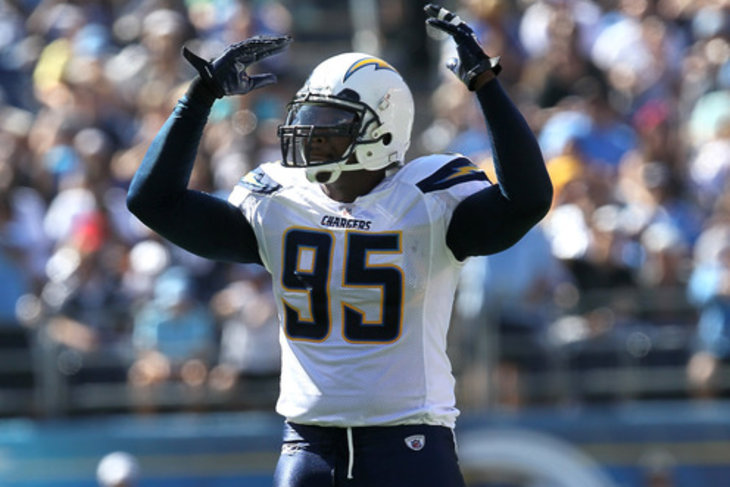 Bronco Mike argues Robert Ayers still has a role as weakside DE with Shaun Phillips in the fold. Do you agree?

I hope Ayers rises to the occasion, but last year he allowed rookie hybrid defensive tackle/defensive end Derek Wolfe take over half of his snaps. He needs to show this regime that he was worth the pick the old regime spent on him. He needs to take hold of this opportunity -- his last as a Denver Bronco -- and squeeze.

He needs to show that his one good game in 2012 was no fluke. In one game, and only one game, Ayers played more than half of the defensive snaps (at Carolina). He responded with a sack, three quarterback hits, and two quarterback hurries.

Speaking of pass rushers, my favorite Denver Broncos draft pick in 2013 has to be defensive end Quanterus Smith out of Western Kentucky. Despite having watched film, written articles, and tweeted tweets on the kid since Saturday's pick, I still have to double-check the spelling of his name and look up his school each time I write a paragraph about him. He's that small-time.

What not small-time is his production. Three sacks against Alabama? 12.5 sacks for the year? The kid was a force until an ACL tear knocked him out.

I hear conflicting reports about his readiness -- the Broncos hope he'll suit up for training camp 2013, or he may be a guy who misses his rookie season, a guy whose resume we dust off a year from now and get excited about all over again. The Broncos can afford to let him get healthy.

The question is whether Smith returns the favor by staying in shape so his return to the field is in form.

There isn't a lot of positives to go on with Webster, except that he's an aggressive tackler and he loves Champ Bailey. I still can't get my mind around this pick. Not in the third round.

At least in Year One. I've heard it said from many a scout or GM: defensive tackle in the NFL is notoriously difficult to play as a rookie. Williams had six sacks last year from the inside in college. Halve that number, and that's the ceiling of what I expect Williams might produce as a rookie.

Meet the Big Man of the Denver Broncos Defense 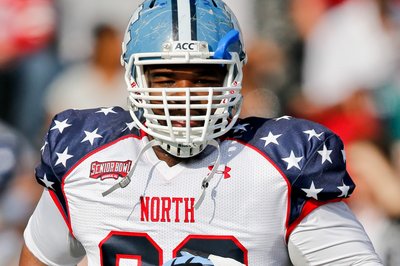 Instead of measuring Williams' success by the number of sacks, let's look at how often he sees game time. Let's see if he's able to collapse the pocket (sack or not), and let's see if his motor is such that he's still playing at a high level in the fourth quarter. That's how I'll be measuring Williams in Year One.

Just look at the other defensive tackle the Broncos brought in this year -- Terrance Knighton. In several scouting reports, before the Broncos ever drafted the UNC product, Williams was compared directly with Knighton.. So how did Knighton, a third round pick for the Jacksonville Jaguars under Jack Del Rio in 2009, do in his rookie year?

Knighton played in roughly 50-60% of snaps for Jaguars in 2009, and he had 1.5 sacks. That's actually an exceptional rookie year for a DT. If we can get the same from Williams, I'll be very happy.

I took some time to peruse the college bio's of every UDFA the Broncos signed (before MHR goes in-depth on each of them this week). Here are three that jumped out:

Uona Kaveinga, LB, BYU - I love a middle linebacker who can make a play, and Kevinga fits that bill. A USC transfer, Kevinga started every game in his junior and senior seasons for the Cougars. In 2012 he notched 4.5 tackles for loss, 0.5 sacks, one interception, one fumble recovery and two pass breakups. The interception came with five tackles in the season opener.

John Youbouty, DE, Temple - Starter for 11 games at defensive end for the Owls, Youbouty led the team with six tackles for loss in 2012 and was named Second Team All-Big East.

Aaron Hester, CB, UCLA - A very talented athlete and another tackling machine at cornerback, Hester has good size and height (6-2, 198) -- the non-coachables. The cousin of Devin Hester, Aaron started in every game his last three years as a Bruin, and that might be the thing I like most about him. He'll have to player faster than his 4.56 40-time to make the roster on special teams.

6. Thank you for making this MHR's best weekend ever

I can't thank everyone at MHR enough for making this the best draft weekend the site has ever had. When I say "everyone at MHR", I mean you, the readers and commenters, the tweeters, the Facebookers, and the subscribers. Thank you.

I also need to take a moment to thank the MHR Staff. They got scouting reports and video highlights of every pick the Broncos made this weekend that were high quality and done with exceptional turn-around. They analyzed all 62 picks through two rounds of the draft, manually updated the open threads so anyone who felt like jumping into the conversation had the latest info at their fingertips. I was blown away.

I wouldn't trade this staff for any other Broncos website staff on the Internet, the team's official site included.