How do the Broncos' free agent signing look so far in 2013? We see how players like Wes Welker, Dominique Rodgers-Cromartie, and Louis Vasquez make the grade.

The Denver Broncos have made six free agent signings in the 2013 free agency period -- five new horses and one familiar face. Let's grade them out.

Note: These grades reflect the Broncos free agent signings, not free agency as a whole. The fact that Elvis Dumervil left and Dwight Freeney is still a free agent isn't being evaluated here. We are taking a look at the additions the Broncos made in March 2013. These grades are subject to change and purely reflect my evaluation, not the rest of the MHR staff.

Tweaking the format from this excellent post at our Colts sister site, I've grouped the signings into 'GOOD SIGNINGS', 'SOLID SIGNINGS', 'I'M ON THE FENCE', and 'BAD SIGNINGS'.

This was the Broncos' headlining addition of the offseason. Despite that, I was ready to put this into the lesser 'SOLID SIGNING' category. The Broncos did not have a need at wide receiver; they had a need at running back. They could have brought back Brandon Stokley to fill a similar (albeit lesser) role. Here is what really sets this move apart for me:

The addition of Welker gives Peyton Manning a virtually uncoverable set of targets to move those chains. First down Broncos, baby.

The opening hours of the NFL's 2013 free agency period saw a handful of headlining moves, but one that deserved to make headlines and fell through the cracks was the Broncos' addition of San Diego Chargers guard Louis Vasquez.

Vasquez, who turns 26 next Thursday, was widely considered one of the top two guard prospects to hit the free agent market this year. A third-round draft pick of the Chargers in 2009, Vasquez has started in 54 games, played in 3,435 careers snaps, and has only been flagged for a penalty twice (one was declined). San Diego was said to have made re-signing Vasquez a top priority, but no significant talks were made since last May.

With Chris Kuper's future uncertain as he enters another set of offseason rehabilitation, finding a 335-pound right guard who can both pass block and dominate in the run game was a great move as the Broncos looked to protect Peyton Manning from pressure up the middle. 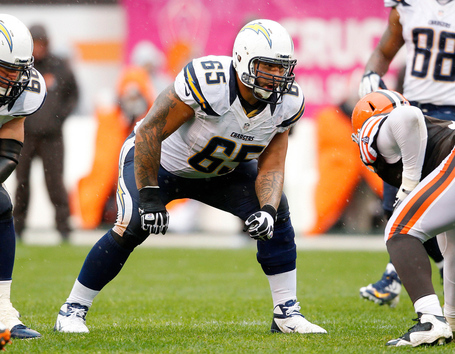 Former Jacksonville Jaguars DT Terrance Knighton lost his starting job to C.J. Mosley in 2012, but there is promise behind the man known as "Pot Roast". Knighton had his best career year under head coach Jack Del Rio in 2010, who now serves as Broncos defensive coordinator. Furthermore, Knighton is a big body the Broncos need on their defensive line, one who has shown flashes of brilliance in his four-year career.

At 6'3", 336 pounds, Knighton embodies the size Jack Del Rio covets in the middle of his defensive line, and he is still an "impressive athlete", as John Elway tweeted. I love the contract and feel the price was right to give Knighton a chance to reunite with his former coach and stuff some running lanes in a Broncos uni. 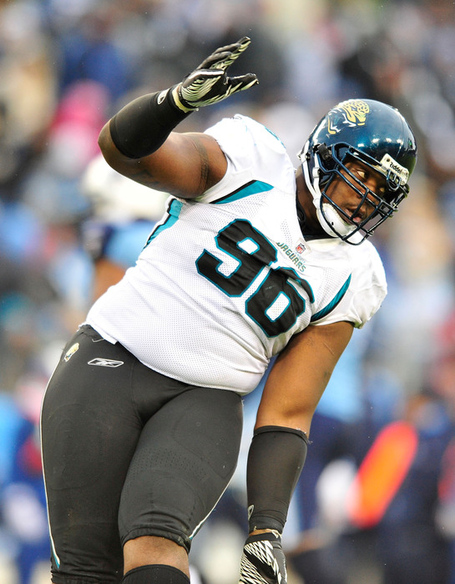 The Broncos rewarded one of their own in re-signing Kevin Vickerson, who started in 2012 alongside Justin Bannan and saw his best statistical season to date. "Big Vick" is a man of mysterious, if not mythical size -- he reportedly added 50 pounds of muscle last offseason. Officially, he is listed at 290 lbs.

Vickerson played in roughly 40-50% of the Broncos' snaps last year, a large number considering the heavy DT rotation the Broncos employed. He's a workhorse who will continue to put in that effort for the Broncos, and I'm glad he's back in Denver.

I'm on the Fence

The signing of Stewart Bradley, most recently of the Arizona Cardinals, is all about adding linebacker competition. Bradley will push Steven Johnson and Nate Irving at the middle linebacker spot, who are both trying to beat out veteran Joe Mays.

I'm cautiously optimistic on Bradley. He was a solid 4-3 middle linebacker with the Philadelphia Eagles, but injury concerns saw him hit free agency and cash in a big payday with the Arizona Cardinals. The two weren't a fit, as Bradley didn't see the field much in the Cardinals' 3-4 scheme.

Perhaps a healthy return to the scheme in which he's most comfortable will pay dividends for Bradley and the Broncos, but I'm in wait-and-see mode on this one.

Here are the negatives: DRC is wildly inconsistent. Examining his stats at ProFootballFocus, he has great games, but he is also often beaten, and he is often penalized. He is a poor, perhaps unwilling tackler. He doesn't play nickel corner well. His strength -- being a press man-to-man guy who doesn't get beat over the top -- may be the one real trick he has in his book.

If that erases the nightmare that was Champ Bailey vs. Torrey Smith in a divisional playoff game, it may be worth it. But that's an expensive band-aid in my book.

The Broncos overpaid for DRC.

Dominique Rodgers-Cromartie is a feast or famine signing. He has the talent and physical ability to be a number one corner in this league, but those physical talents have not converted to that point on the field. The Broncos are counting on their coaching staff to play to DRC's strengths as much as possible, and possibly mold DRC into the player he was always supposed to become. The problem is that the front office has only given the coaching staff one year to do it, and they're paying the molders a lot less than the clay. 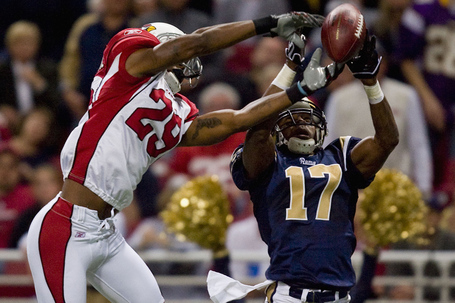