The Denver Broncos were co-favorites to win the 2013-14 Super Bowl before the 2013 NFL Draft. Now there's a new Number One, standing alone.

Share All sharing options for: The Broncos' Super Bowl odds have slipped

Oddsmakers have been consistent about which two teams they think will appear in Super Bowl XLVIII on February 2, 2014. They just now have a favorite to win it.

The San Francisco 49ers and Denver Broncos will duke it out for the 2013 NFL season's championship in New York this winter, if Vegas has it right. The 49ers are their current favorites, with 6/1 odds to win it all. The Broncos are second, with 15/2 odds to win their third Super Bowl in franchise history. These odds are according to Bovada.lv.

What's interesting is that the odds for the 49ers have increased, while the odds for the Broncos have slipped slightly. Less than a week after free agency, the 49ers and Broncos were co-favorites to win Super Bowl XLVIII, with 7/1 odds. So what brought about the change?

In our opinion, it probably doesn't have anything to do with the draft. It has to do with Elvis Dumervil. These are the first odds Bovada has released since Dumervil's departure later in March. So while they're called the "post-draft odds", it really isn't the draft that had anything to with the change.

It was a fax machine.

Explain that one to bettors. 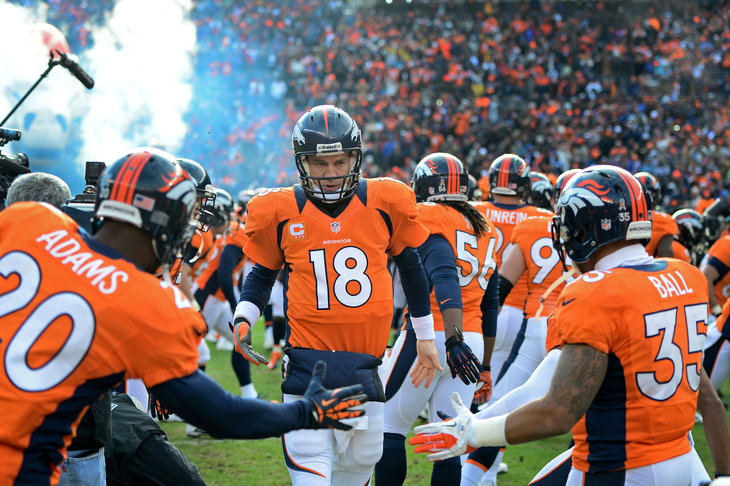 How will the Broncos finish the regular season?