It was reported that the Broncos and Peyton Manning negotiated his contract in order to provide the Broncos 10 million in injury insurance for 2014. New details have emerged that a portion of his guaranteed base salary was converted to a cash advance which effectively frees up cap room this year and next year.

Via Brian McIntyre and Yahoo Sports:

Last week, the Denver Broncos and quarterback Peyton Manning agreed to a renegotiated contract with the primary intent on adding insurance language for the 2014 season.

The nature of the beast also means that Manning's cap number will rise from 19 million to 21.5 million in 2015 and 2016. If for some reason the Broncos and Manning parted ways before then, his cap hit would be 2.5 million in dead money each season.

Much Ado About Peyton Manning's Contract 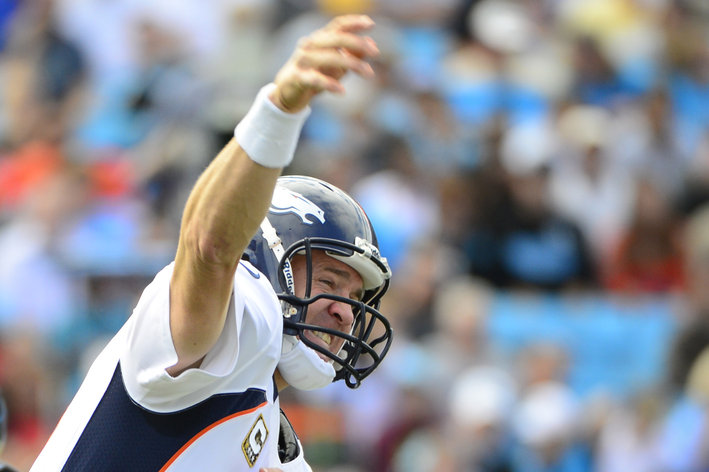 Overall I like the move. It provides the Broncos some cap relief the next two seasons when the Broncos have a slew of freeagents to resign. It also isn't a big enough restructure that the Broncos will be handicapped by it in future seasons.

According to the article, the Broncos now have approximately 9.9 million in cap space this year.

According to Mike Florio Manning's contract didn't change, the league's interpretation of it did:

The new deal, which didn’t change the payments or the structure of the deal, prompted the NFL to treat the payments differently. As a result, the league has applied the $10 million in salary advances in $2.5 million equal chunks over the final four years of the contract. The cap numbers for 2013 and 2014 have dropped from $20 million to $17.5 million, and the cap numbers for 2015 and 2016 have jumped from $19 million to $21.5 million.

Semantics, Semantics. Bottom line, we still have that extra 2.5 million this year and next that I reported originally.