As we grind down the time between now and training camp, I'm going to take a look at specific players on offense and defense. The goal here? Have fun and project each player's statistical output. Next up? Wes Welker

Here's where we have to manage expectations Broncos Country. Wes Welker, slot guy or no, was NE's #1 WR. It is absolutely insane that he was targeted 174 times, and that should tell you not only how vital he was to NE's offense, it should also tell you Tom Brady didn't have a lot of other options. Gronk and Hernandez aside, there wasn't much else especially on the outside.

He's not going to have 174 targets, he's probably going to be targeted between 100-110 times. That's plenty. I expect him to surpass 80 receptions, but you shouldn't see him hit 100. Peyton Manning spreads the ball, Welker is not going to be Peyton Manning's blanky like he was to Tom Brady. He's here to move the chains, keep the heat of our outside guys, and give our intermediate passing game (which is already prolific) a boost.

Against the Flow: Welker's Impact in 2013 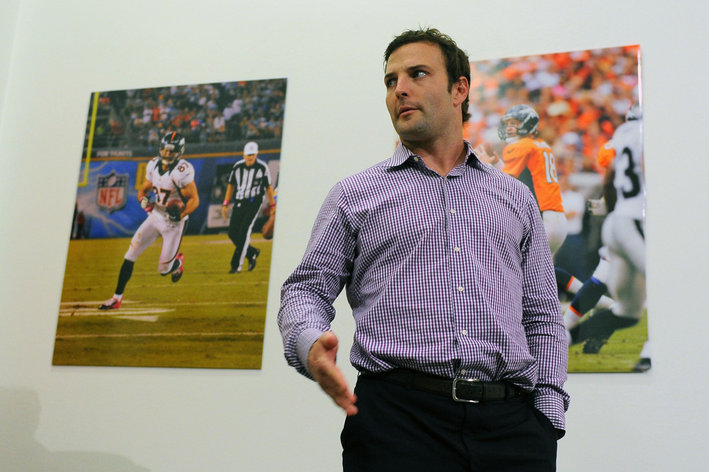 The number one area I'm worried about is drops. Welker led the league in drops last season with 15. Demaryius Thomas averaged a drop about every 14 targets. Welker averaged a drop every 11 or 12 targets. It's just enough to add up over the course of the season. This is an area where I think Stokley was better. His hands were Velcro and you could count on him to make the tough catch. Fair or not, Welker has a reputation for drops in big games. Here's hoping his focus helps solve that issue in 2013. 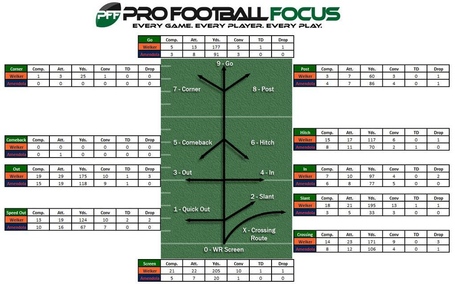 As you can see Welker is not a deep threat, he can beat defenses down the seem, but that isn't his purpose. You'll see a lot of short and quick stuff with him. Slants, outs, ins, hitches/comebacks, and the WR screen should all provide the Broncos with consistent and guaranteed production. Think of his use as an extension to the running game with more explosive capability in YAC.

Wes never really seemed like a "Patriot" to me. He has far too much personality and humor to be lumped in with those jokers;)