Only eleven games in franchise history have been against the Eagles. See how the last five have gone. 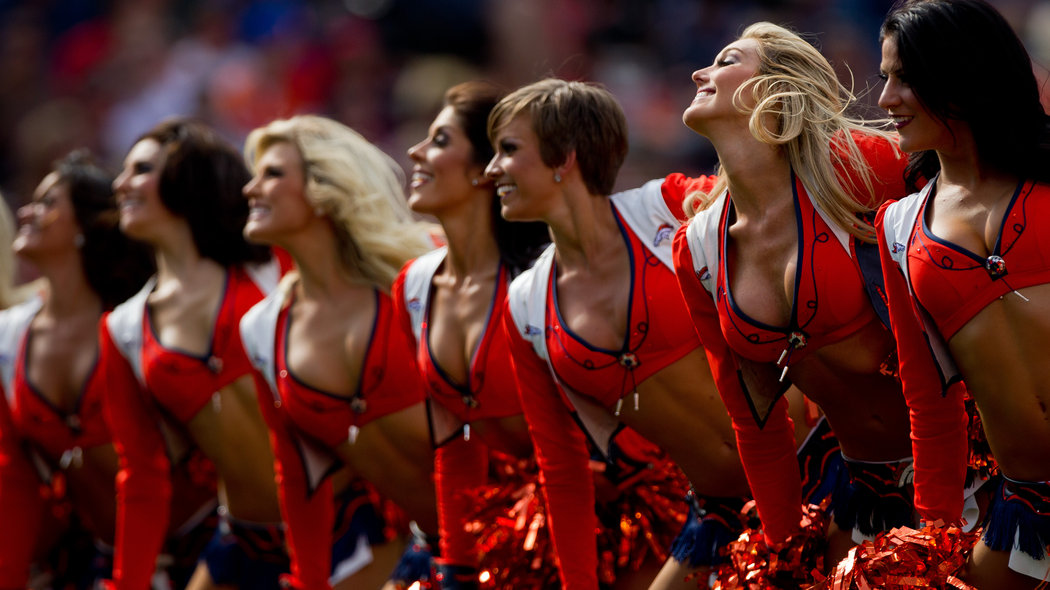 The first of the most recent five meetings between the teams took place in 1992. The Broncos had traveled to Philadelphia on Week 3 and were completely dominated by the Eagles. Denver's offense had the ball eleven times. They went 3-and-out seven times and had five drives that ended with negative yardage. Only two of their drives did not end with punts -- one of those ended in a missed field goal, the other with an interception. Philadelphia's defense held the Broncos to 52 rushing yards and 59 passing yards. The final score was a depressing 30-0.

The Broncos did not face the Eagles again until 1995 when Denver again traveled to Philadelphia on Week 11. This game started out with the teams looking very even. The Eagles scored first to take a 7-0 lead. The Broncos responded with a three play touchdown drive of their own that included a 32-yard run by Terrell Davis and a 46-yard touchdown pass from John Elway to Anthony Miller. Unfortunately, Denver gave up a second touchdown to trail 14-7 at the end of the first quarter. Denver quarterback John Elway was injured on the first play of the second quarter. Backup quarterback Hugh Millen tried to rally the Broncos, but they had to settle for a field goal to cut the deficit to 14-10. The Eagles responded with their third touchdown drive, leaving the Broncos behind 21-10 at the half. Neither team was able to accomplish much in the third quarter and Denver edged closer with a field goal to make the score 21-13. In the fourth quarter, a Denver fumble early led to another Philadelphia touchdown. After a three-and-out by the Broncos, the Eagles scored the final touchdown of the game to take a 31-13 lead. The Broncos were not able to rally for a win.

When the Broncos hosted the Eagles on Week of the 1998 season, they gained a measure of revenge. There were some concerns, due to the loss of John Elway to a hamstring injury in the second quarter of Denver's Week 3 game versus the Oakland Raiders. Backup quarterback Bubby Brister had led the Broncos to a 38-16 victory over the Washington Redskins in Week 4. The question became could he repeat the feat against the Eagles. The Broncos' faithful needn't have worried. Brister led a 6-play, 87-yard touchdown drive to open the game. After the Denver defense forced Philadelphia to go 3-and-out, Brister led the Broncos 52 yards in 9 plays for a second touchdown and a 14-0 first quarter lead. A second 3-and-out by the Eagles was followed by a third Denver touchdown on a 6-play, 71-yard drive. Philadelphia fumbled the ensuing kickoff which led to another Broncos touchdown and a 28-0 first quarter lead. Denver continued the onslaught by outscoring the Eagles 13-2 in the next two quarters -- Philadelphia's only score in the second quarter when they were able to block a Denver punt out of the back of the end zone. The Eagles were able to add two touchdowns in the fourth quarter, but by that time they were trailing 41-2. Needless to say, the Broncos won.

The two teams would not face each other for another seven seasons, next meeting in Denver on Week 8 of the 2005 season. This game was like the 1998 game, version 2.0. Once again, the Broncos raced out to a 28-0 lead. The Eagles closed the gap to 28-7 by the half. Philadelphia looked like they were going to make a game of it when they closed to 28-21 in the third quarter. The Eagles had a chance to tie the game early in the fourth quarter but a Donovan McNabb pass was intercepted in the Denver end zone by Domonique Foxworth. The Broncos marched 80 yards -- 44 yards on a Jake Plummer to Todd Devoe pass -- for a touchdown and a 35-28 lead. Denver's defense forced a 3-and-out on the Eagles' next possession. It took the Broncos just four plays to march 87 yards for another touchdown. The fourth play was a 67-yard run by Tatum Bell. This gave Denver a 42-21 lead. The Broncos added a final touchdown after the Eagles failed to get a first down on 4-3-PHI44 with 4:49 left. Trailing 49-21, Philadelphia got the ball one more time with 0:18 left in the game. The Eagles chose to run the ball and end the game. 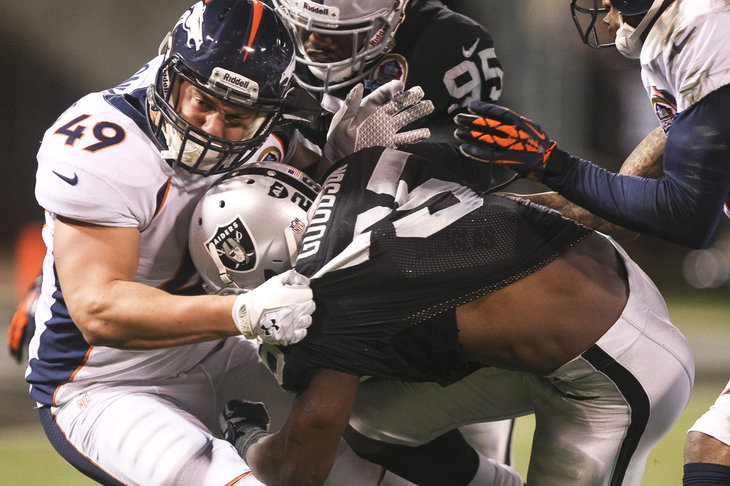 The most recent meeting between the two teams came on Week 16 of the 2009 season. The Broncos had started the season with a 6-0 run before dropping four straight games. They bounced back with two wins to raise their record to 8-4. Losses to Indianapolis and Oakland put the Broncos' record at 8-6-0. They traveled to Philadelphia to face the 10-4-0 Eagles. Denver fell behind 10-0 in the first quarter, despite Elvis Dumervil having forced a fumble by McNabb on a sack. The Broncos edged closer with a second quarter touchdown to make the score 10-7. Unfortunately, the defense was unable to keep the Eagles from going 88 yards in 4 plays to make the score 17-7. Philadelphia added a field goal for a 20-7 halftime lead. Denver added a field goal early in the third quarter to make the score 20-10 but Philadelphia answered with another touchdown drive. Yet, the Broncos were able to battle back. A Denver touchdown drive were followed by a forced fumble on the ensuing kickoff and a second Broncos touchdown to cut the deficit to 27-24. Denver tied the score at 27-27 with 6:11 left in the game. The teams exchanged punts with the Eagles getting the ball back 1-10-DEN42 with 1:41 left. The Broncos were not able to keep Philadelphia from running down the clock and kicking the winning field goal with 0:07 left.

Overall, Denver is 4-7-0 in the regular season versus the Eagles and have never played them in the postseason. How do you like the Broncos chances in September?