Denver Bronco pass rush extraordinaire Von Miller met with the press yesterday, here's what he had to say on the Broncos offseason additions, the loss of Elvis Dumervil, getting into the poultry business, and some of what he's done in offseason workouts.

"It's been tough...me and Elvis we were friends off the field. You know we were real good teammates but I think we were brothers off the field but that's part of the business and I think that we've been doing so positive things for our team put us in a better situation than we were last year. Robert Ayers is going to do a lot of great stuff for us this year, we picked up Shaun Phillips-he can bring that pass rush element and can play LB too. Mr. Elway, and coach Fox and coach Del Rio all the guys, we definitely put ourselves in a better situation than where we were last year."

"For me I mean it doesn't really matter, I play the left, I the right, I blitz in the middle...I think coach Del Rio and the staff do a really good job of putting me in situations where I can help us win....Shaun Phillips he's played on the right side, he's played on the left side, I don't think it's just be a right/left thing with me and him, it wasn't a right/left thing with me and Elvis."

On the SB guarantee

"I wasn't being arrogant or cocky when I made the guarantee, it was something bigger than myself....I did it for the story about my cousin...I did it for him. And whenever you're doing something for somebody else it always puts extra meaning behind it.

"We got coach Del Rio for a 2nd year, we're in the same defense for a 2nd year, we kind of understood what it meant to play good defense last year, but doing the same thing again I think everybody is a little bit more familiar of what our jobs and what our roles are...we have a chance to do great things."

What addition excites you the most

"I like the Wes Welker addition, I don't even play offense...I'm pretty excited for the offense. I mean Shaun Phillips, that was one of the first guys I met in the NFL before I even stepped foot on Dove Valley...we have the same agent...he just had a lot of wisdom to give me before I had even met Elvis so it's kinda like a winky dink that he came to our team...the friendship that we had off the field we can share some of that stuff...he's been a big time player for a lot of years. I'm excited about it.

On being a mentor 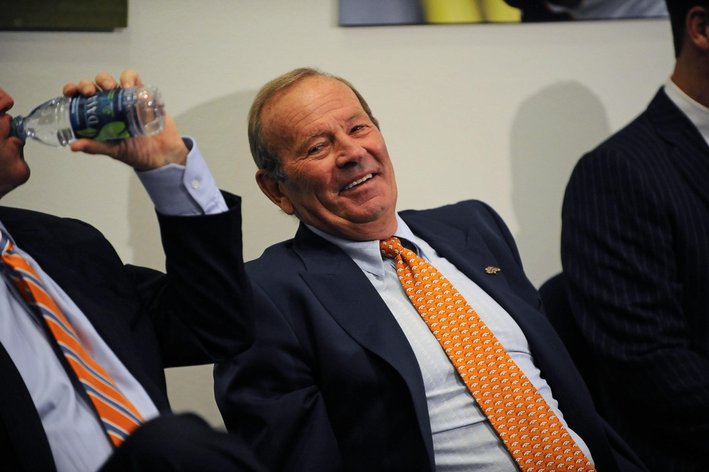 Find out how much Von Miller costs the Broncos per snap. (Hint: it's totally worth it).

"I feel like I've been a mentor since I got here to other guys. Inside the locker room, I feel we have one of the best locker rooms in the NFL...all I control is the type of person I am in the locker room, do everything I can to make it easier for (them).

"Oh man I think it was great, with Vick coming back and Terrence and Sealver and Mitch, I think we have one of the best interior DL in the NFL. I think it was a great pick for us and I think he's going to do a lot of great things for us."

"Got my first chickens, 38 chickens, I named em all after the players on the team-nah I'm just playin' As you all know getting into the poultry industry is something I always wanted to do. I raised chicks in college in class and stuff but now it's a project for me to see where I go with it. I got em back in Dallas, it's the start of Miller farms right now. I have 8 acres in Dallas...hopefully I'll have chicken tenders for you guys."

"It's always been a goal for me to be bigger, stronger, faster, at my position I'm already undersized as it is as much as I hate sayin' that....as much mass as I can put on but still keep what makes me the player I am-the speed the quickness as long as a keep that the more mass that I can put on and keep those guys of me the better....the biggest I played last year was 255 and those were some of my best games but I really want to play 60, 62 I don't want to be too big, but I'm feeling pretty good and I feeling better than I ever felt working with Luke Richesson."

"That month, 2 months and a half off I'm going to stay here for a month and work with coach Richesson...I've been around J.J. Watt for the Afghanistan trip....we were good friends before that, but when you see the way the guy works and comin' 2nd to him 49-1 or 39-1 it's a motivator for me...I just want to take the aspect of what makes him the kind of person and player he is and just add a little bit to my game and hopefully I have a little better season.

On Del Rio coming back

"I feel like it definitely helps out my game....this is the first time I'm playing the same position for a 2nd year in a row...I played SAM my rookie year but it wasn't the same type of SAM that I played my 2nd year...the same type of position I played last year I'm playing this year-never in my football career have I done that so I'm pretty excited about it."

Overall, there's a lot to be excited about. Von definitely is going to miss Elvis on a personal level, but it should help that he already has a good relationship with Shaun Phillips. It was great to hear Von admit that the Broncos have one of the best locker rooms in the NFL. From the beginning of Elway's tenure, one of the hallmarks of his building philosophy has been to stack the locker room with hard working, high character guys.

I'm on the fence about him gaining weight, but if he played and had the most productive games (in his opinion) at 255, it shouldn't be too big an issue. Luke Richesson did one hell of a job last season as the strength and conditioning coach and it showed in the lack of muscle injuries throughout the season. It seems like Von wants more strength to shed blockers. He mentioned blitzing from the middle, and in this case more size would benefit him. The times I saw it happen, he was a non factor. By all means sir, get stronger!

It is fantastic to know that Von and the defense will get to work with Del Rio for a 2nd straight season. Remember Del Rio also has a year under his belt with the talent on the roster. It is just as important to him to have history with the current working parts. He and the defense can only improve from here, I'm calling it right now--you will see a defense of historic proportions take the field next season. People will remember this squad for a long, long time. Orange Crush 2.0 baby, can't wait!