97 days without football means 97 more days Bronco Mike is likely to go crazy....what's that line? All work and no football make BM something something? 97 more days till the Ravens meet their reckoning, speaking of teams that lucked out, that describes a certain 1997 playoff team down to the letter.

Now if that didn't bring back bad memories and tears, I'm not sure what will. What this video doesn't show is that the Broncos got out to a 12-0 lead. In fact the way they built that lead would be an omen of what was yet to come. Jason Elam, perhaps the most reliable Broncos kicker in history missed the PAT. Yes--he missed terribly. No big deal, the Broncos were up 6-0. Getting the ball back for the 2nd time, they scored again. Went for 2 and Shannon Sharpe dropped a well placed ball. Little things---it's the little things that get you in the playoffs. 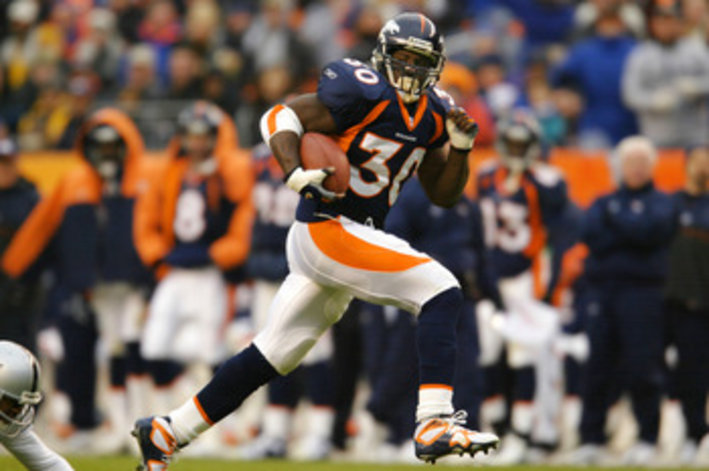 What significance does the #98 hold in Broncos History?

This was finally the year our Broncos were going to put it all together. The Jaguars were 14.5 point underdogs, and this article, foreshadowing our playoff failure this season, points out something these little mistakes did: they kept the Jaguars in the game long enough until they gained confidence. Same thing this past January--a missed PI on a pick 6, a missed FG and 10-point swing before halftime, lack of a killer attitude, prevent coverage not played well, all of this created a dynamic that gave the Ravens confidence.

We all know what happened from there. The Broncos started anew in 1997 en route to a 12-4 record, "The Revenge Tour" which included a 42-14 thrashing of the same Jaguars a year later, and a world championship.

Going back to 1997, our defense was not prepared for a player like Mark Brunell. Given the amount of room he had to run just on that final drive alone, it shows the Broncos failed to put a spy on him to keep his legs in check.

Not all history is pleasant Broncos Country, but those that fail to learn from the past are doomed to repeat it. Looking ahead to 2013, our Broncos must seize every opportunity for greatness. The time is now!

Simon Fletcher, the Broncos career leader in sacks registered 97.5 sacks over the course of his 11 year career. From 1988-1993 Simon got to the QB 75 times. Fletcher never made the pro bowl even in 1992 when he registered 16 sacks.

Broncos to wear the number 97