Will any of these veterans make sense for the Broncos?

The NFL Draft is over, and teams know where they stand heading into Training Camp and the Preseason. Teams now see what holes they have left on their team, and can look at the veterans who are available to fill them holes.

The Broncos signed two players last year in the final stages of Free Agency who ended up playing key roles on the 2012 team. Those players were Safety Jim Leonhard and Inside Linebacker Keith Brooking. Do the Broncos sign any veterans this year who can fill key roles on the team? Below I'll list the best available Free Agents on the offensive side of the ball.

The obvious big name here is Tim Tebow. We all know his story, what about the rest of the guys? Trent Edwards, Charlie Batch, Byron Leftwich and Matt Leinart will figure to make a roster to challenge for a backup Quarterback spot.
I do not see the Broncos in the market for a camp QB. obviously Manning will get the most reps in camp. Brock Osweiler and Dysert will figure to get their share of reps as well. The Broncos coaching staff figures to want have a long look at their two young QBs.
Running Back:
There's plenty of talent at this position, but most if not all of these veterans come with injury questions. Ahmad Bradshaw figures to be hot commodity. He can still start if healthy, and still is has a few good years ahead of him. Beanie Wells is still pretty young, but has been riddled with injuries through his career. He figures to be a low risk, high reward type signing for some team. Felix Jones isn't the burner he was when he first entered the league, but can still be a good back in a rotation for a team. 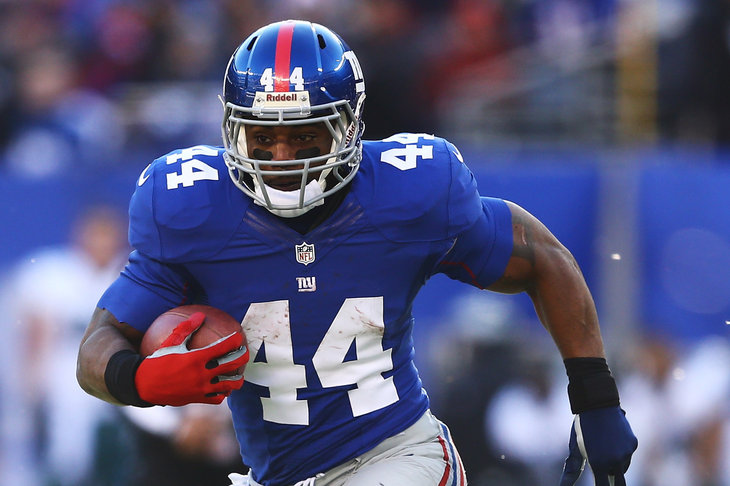 I believe Veterans Cedric Benson, Kevin Smith, Michael Turner and Peyton Hillis may have a hard time latching on with a team. All these guys are near the end of their career and only figure to get a call if/when a injury occurs.
Do any of the guys make sense for the Broncos? I don't think so. Recently drafted Montee Ball can be a three down back for the Broncos, and Ronnie Hillman figures to spell Ball on occasion. Willis McGahee figures to be cut sooner rather then later, and Knowshon Moreno, Lance Ball, Jeremiah Johnson, and un-drafted rookie C.J. Anderson figure to battle for a roster spot. Unless an injury occurs, i do not see a spot for one of these guys
Wide Receiver:
Brandon Lloyd is having a hard time finding a job. He's not the same player he was a few years ago, and his attitude may also have something to do with it. A team may take a chance on the veteran, but might have to need an injury to occur first.
Titus Young is very talented and still pretty young, but his attitude is the big thing here. If he can screw his head on straight he has a chance to be a contributor on a NFL team. He might be getting his last chance this summer.
I have a hard time seeing Randy Moss being on a NFL roster this year. This might be the end of his Hall Of Fame Career.
I have a hard time seeing the Broncos adding any of these guys. They seem set with their 5-6 WR's. Unless an injury occurs, they won't be adding any of these veterans.
Tight End:
This list would have been great 5 to 7 years ago. These veterans are not their old selves, however they can still add depth at the Tight End position on a NFL teams.
I do not see the Broncos being in the market for a Tight End. They seem set with Tamme, Dreessen, Green and Thomas.
Offensive Tackles:
I am a bit surprised that Eric Winston is still a free agent. He figures to get signed sooner rather then later and be a starter for a NFL team. The rest all figure to garner interest as well. Teams are always looking for depth at tackle and even a starter at this point.
Unless the Ryan Clady contract talks get ugly, i do not see the Broncos being in the market for a tackle. They're set with Clady and Franklin. They also have Chris Clark and rookie Vinston Painter to be the backups.
Interior Offensive Linemen:
Recently cut Adam Snyder may be the best guard available, but that's not saying much. None of the guards on this list really do not inspire much confidence. At best i see these guys being signed as backups. Dan Koppen who did a good job for the Broncos at center last year is the only center worth mentioning.
I think the Broncos are okay at Guard. They have Vasquez and Beadles at the starting spot, and Ramirez and Phillip Blake as backups. The Broncos do also have Chris Kuper on the roster still. It's interesting to see what they do with Kuper. At Center the Broncos seem content with giving J.D Walton the starting gig. I have a hard time seeing the Broncos adding another linemen.

Is there anywhere on offense the Denver Broncos should address through free agency late in the offseason?