According to John Elway and Matt Russell, all is right in the world and we should dine on sugar plums and gum drops, while singing sweet rhythmic hymns together! Kumbaya! 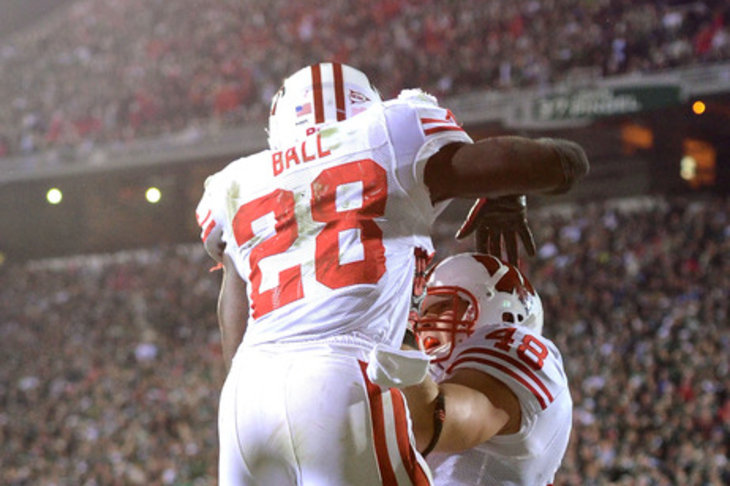 Broncos' John Elway likes Montee Ball, has high hopes for Champ Bailey - The Denver Post
When John Elway the Broncos executive watched film of running back Montee Ball, he had flashbacks to the days when Elway the quarterbacks best play was the handoff.

Rhymes with Orange and Blue: Top 10 places Tebow should go - Predominantly Orange
While writing about our new Bronco D,
A great Facebook question did appear.
Bob in Thornton decided to ask me,
Where should Tim Tebow land this new year?

Should the Denver Broncos Still Go After Free-Agent Rusher Dwight Freeney? | Bleacher Report
Within an hour after selecting Western Kentucky defensive end Quanterus "Q" Smith in the fifth round of the 2013 NFL draft in April, the Denver Broncos went out and signed former San Diego Chargers outside linebacker Shaun Phillips to a one-year deal.

Huge Decisions: Broncos bypass linebackers in draft - It's All Over, Fat Man!
Throughout the offseason, we've heard from Johns Elway and Fox that the Broncos plan to have Nate Irving, Steven Johnson, and Stewart Bradley compete for the starting middle linebacker job.

2013 Denver Bronco CFA’s: Quincy McDuffie | Bronco Planet
The Denver Broncos didn’t stand pat with the Wide Receiver position this offseason. Out with Matt Willis and Brandon Stokley–in with Wes Welker and Tavarres King. During College Free Agency, the team added a pair of speedsters, one of which we will take a look at today.

Heckert Hired as Director of Pro Personnel | DenverBroncos.com
On Tuesday, the club announced that Tom Heckert has been hired as the team's new director of pro personnel.

Broncos to give rookie minicamp tryout to UCLA's Damien Holmes | First-and-Orange
Damien Holmes, a defensive end-outside linebacker who had 10 tackles for loss and 5.5 sacks his senior season for the UCLA Bruins, has been invited to participate in the Broncos’ rookie minicamp that will be held this Friday, Saturday and Sunday at the team’s Dove Valley facility.

Lerentee McCray, C.J. Anderson are undrafted Bronco bonus babies | First-and-Orange
For all undrafted free agents, the odds are long they will ever play in an NFL game.

Inside the Numbers: Zac Dysert | DenverBroncos.com
A look at some noteworthy statistics about the Broncos' seventh-round pick.

When John Elway sees Montee Ball, he thinks of Terrell Davis | ProFootballTalk
When Broncos V.P. John Elway was Broncos QB John Elway, the team's greatest success came at the end of his career, when he had one of the NFL's best running backs, Terrell Davis, to carry a large part of the load.

Tim Tebow's history as a proven winner should not be ignored - NFL.com
Pundits have tried to erase the success Tebow had in 2011 with the Denver Broncos, but make no mistake: It all happened. He did mount multiple fourth-quarter comebacks and notch four overtime victories; he did rush for 118 yards and throw for two touchdowns in one game; he did complete 66 percent of his passes and throw for two touchdowns in another. And who can forget about the wild-card matchup with the Pittsburgh Steelers, in which the quarterback who once had the Bible citation "John 3:16" painted into his eye black threw for, yes, 316 yards and two touchdowns -- including an 80-yarder to win the game in overtime?

Matt Elam, Arthur Brown picks another example of Ravens balancing need, value in the draft - Peter King - SI.com
The fashionable thing to say for men who run drafts is they'll set their boards and honor them and take the best player available. I believe general managers approach drafts that way, but when it comes time to pull the trigger, they're going to pay more attention to positions of need than they'll admit.

Geno Smith, E.J. Manuel, Tyler Wilson most likely to start as rookies | Audibles - SI.com
Though the 2013 NFL Draft proved a particularly frustrating one for quarterbacks, 11 players at that position still heard their names called at Radio City Music Hall. Several more QBs then signed on with various teams in free agency, with at least two or three finding franchises with openings on the depth chart.

Will he or won't he? - NFL Videos
Will Philip Rivers lead his team back to the playoffs? Will Tony Romo ever live up to his big deal? You have questions, and our experts have answers on "NFL Total Access."

McClain could still be cut | ProFootballTalk
The Ravens think linebacker Rolando McClain deserves a second chance. And there's a chance that, in their minds, he's already gotten it. Per a source with knowledge of the situation, the reference by Ravens assistant G.M.

NBC chooses Carrie Underwood to sing Sunday Night Football theme | ProFootballTalk
A singer who came to prominence on a show that used to dominate the ratings is now joining the top-rated program on primetime television. Carrie Underwood is the new performer of the opening theme to Sunday Night Football, NBC announced Tuesday. She will first perform in her new role on Sept.