"The Fumble" Perhaps the football Gods remembered this little doozy when they allowed Flacco and co. to tie the game on the luckiest play in recent playoff history.

Share All sharing options for: Countdown to Kickoff: 87 Days 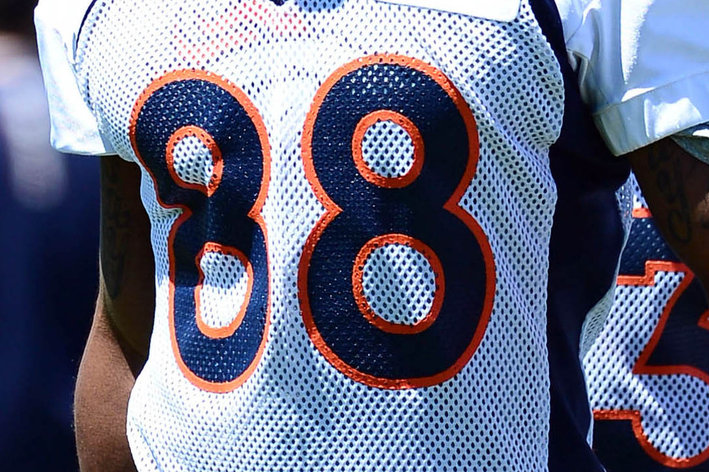 Optimus Prime is a beast!

The 1987 AFCCG featured a big lead, a big comeback, a dogfight, and finally a big blunder. To set the stage, you have to realize Elway and co. went into halftime with a 21-3 lead. They further extended that advantage when Elway hit WR Mark Jackson on an 80-yard scoring play. Two Ernest Byner TD's later and the lead was cut to one score. Then late in the game, The Browns were marching for the tying score when Byner committed a mistake that would haunt his career forever.

Byner had a very successful career including winning a super bowl championship later on as a part of the Redskins. Here's what he has to say about the play that defined his career:

"I felt like I let everyone down," he said. "The team, the fans, the city. Everyone."

Many Browns fans forget Byner was the team's leading rusher (15 carries, 67 yards) and receiver (seven catches, 120 yards) that day. Or that he scored two touchdowns.

"Without Earnest, we never would have even been in that game," former Browns quarterback Bernie Kosar said recently. "I still think about him -- every day. Of all the people for [The Fumble] to happen to, it's just a shame it was Earnest. Talk about a great guy."

Byner will tell you The Fumble "made me a better player and a stronger person." He said he was devastated when he was traded to Washington a year later, yet he had two 1,000-yard rushing seasons under coach Joe Gibbs. He played for a Super Bowl winner, and made the Pro Bowl.

The Broncos would go on to another embarrassing lost in the superbowl against the Redskins...the Browns? They'd move on to Baltimore in 1995.

1987 was the year the NFL had a strike and replacement players. One game was cancelled, a week three encounter against....The Cleveland Browns. Though John Elway would win the 1987 MVP award, Ken Karcher helped lead the replacements to a 2-1 record throwing for 628 yards and 5 TD's over those three games.