Good news came today.....no not the news that Tebow had found another NFL opportunity, but the news that the Denver Broncos have re-entered contract negotiations with Pro Bowl LT Ryan Clady. 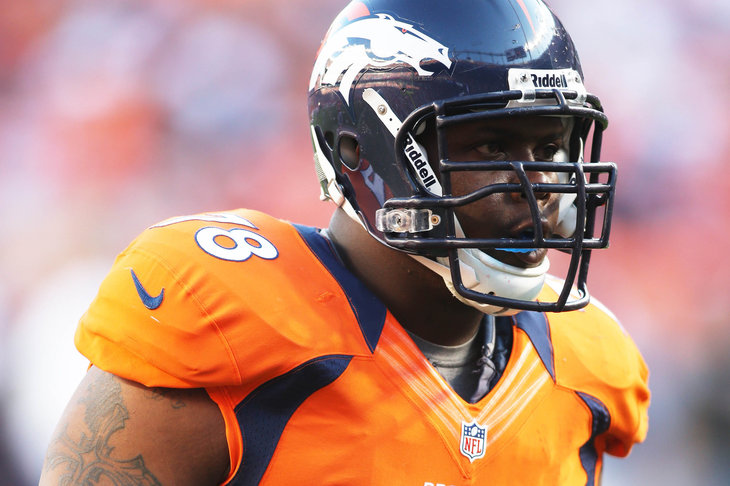 For the first time since last July, the Broncos reached out to Clady's camp to touch base on his contract, a source informed of the talks told NFL.com's Ian Rapoport on Monday.

"He's also rehabbing an offseason surgery so he technically or physically would not be able to participate in the practices anyway," coach John Fox told Broncos season-ticket holders on a conference call Monday, via the team's official website. "So he's taking care of business that way and he's a guy that I know wants to be a Bronco and the Broncos want Ryan Clady and that's something that will eventually get worked out."

They also speculate the gesture could also mean that Clady is making good progress with his shoulder rehab.

Clady was tendered the franchise tag which comes out to 9.828 million but has yet to sign it.

If Clady remains unsigned beyond July 15th (even signing his franchise tender would count), he would not be able to sign a long term deal with the Broncos until the end of the 2013 league year.

Glad to see the Broncos trying to work towards a solution. Both Clady and Demaryius Thomas are must keeps looking ahead to 2014.