As first reported by ESPN's Adam Schefter only minutes ago, the Denver Broncos have released running back Willis McGahee.

The team has since confirmed the move.

McGahee missed voluntary workouts and OTAs over the past month, citing "family reasons" for his absence. In his stead, second-year running back Ronnie Hillman and rookie Montee Ball had taken over as primary ball-carriers for the Broncos offense.

McGahee: I plan to start Week One 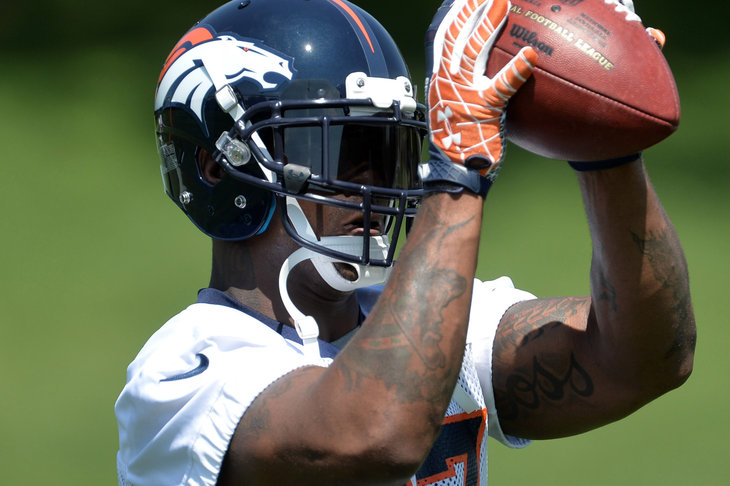 It was only Tuesday that McGahee said he still planned on starting Sept. 5th for the Broncos. Instead, he'll have to set that goal for another team.

"It’s never easy to part ways with a veteran player who made so many positive contributions to our team and community,” Broncos Executive Vice President of Football Operations John Elway said in a statement. “I appreciate all of the competitiveness, toughness and leadership Willis brought to the Broncos. He was an integral part of our team’s turnaround during the past two seasons, and I wish him the best as he continues his NFL career."

McGahee led the Broncos in rushing in both 2011 and 2012, with 1,199 and 731 yards respectively. A Week 11 MCL and leg injury knocked him out for the rest of the 2012 season, but McGahee was close to coming back in the playoffs. Had the Broncos advanced to the AFC Championship Game, reports at the time suggested McGahee's furious rehabilitation would have seen him back on the field.

Instead, the injury knocked him out of the Broncos' plans permanently.

McGahee's departure comes with a $1 million cap hit, but saves the Broncos $1.5 million, according to Jeff Legwold of the Denver Post.

A huge surprise this morning - as you all know, I expected McGahee to remain the starter all the way into the regular season. The Broncos must love what they see from their top two OTA guys, as well as the depth they have in players like Jacob Hester and Jeremiah Johnson.

So I'm excited to see these young players rise to the challenge, but we all know what happened at the end of last season - the Broncos just ran out of running backs. They just cut a good one. I hope the Broncos don't regret this move.

Those "voluntary" workouts hardly seem voluntary now, do they?