Big Pete deserves credit for sparking this curiosity of mine with his awesome Terrell Davis v. Curtis Martin post. We all know that TD had his career cut short due to injury. We also know he was one of the most dominant running backs of all time. Just exactly how dominant was TD? How do his postseason numbers stack up against virtually all modern era HOF RB's?

All modern era HOF RB's are included in this study with the exception of Floyd Little and OJ Simpson. Floyd Little never had the opportunity to play in the postseason and OJ Simpson only had one game. The rest here had at least 4 games experience. Our first category is overall rushing and catching stats. (R) stands for rank in each category, there are 15 players total.

Terrell Davis is middle of the pack at 8th in number of games played and total carries. He is 6th overall in total rushing yards behind E. Smith, F. Harris, T. Thomas, T. Dorsett, and M. Allen who all played about twice as many playoff games as he did.

TD is the all time leader amongst this group in yards per carry at 5.59. Next closest is Marcus Allen who averaged about a half a yard less. 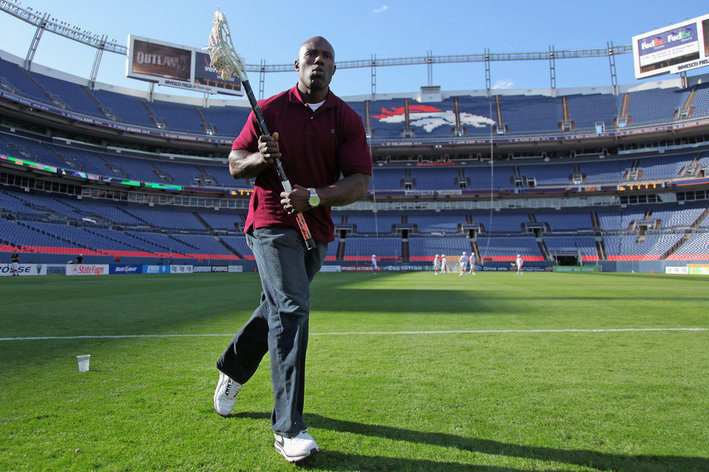 TD is tied for 3rd in the amount of rushing TD's scored with 12. He is behind only E. Smith and T. Thomas.

Though TD wasn't utilized as much as others in the passing game he is still 9th all time on this list in amount of receptions.

Terrell Davis is known for one very impressive playoff record. Most consecutive 100-yard rushing games at 7. But how does this total stack up will all other RB's (including those that played many more total games than he did).

Despite the deficit in total games, Terrell Davis is tied for 1st overall with 7 total 100 yard postseason rushing games. He is tied with E. Smith even though Smith has more than double the amount of playoff games in his career.

With the wide discrepancy in playoff games played amongst this group, let's break the numbers into averages per game.

Here you can see just how big a workhorse TD was in the playoffs. He had the 2nd highest average of rush attempts per game at 25.5 behind John Riggins who averaged about 2 more carries per game than he did.

With that workload we do not see a diminishing of impact however. TD averaged a whopping 142.5 yards per game rushing which was more than 30 yards more than his closest competitor.

When I break down the amount of TD's he scored per game, he is once again the clear leader at 1.5 TD's per game.

Three of the most decorated and revered backs in history, Jim Brown, Walter Payton, and Barry Sanders are consistently ranked in the bottom three when it came to averages and output. I hear the term "regular season warrior" put on many players--why not these guys? Why are they so untouchable?

Terrell Davis. This is what Pete was referring to--and something I'm very happy to put some numbers behind. Among all modern day HOF RB's, Terrell Davis completely dominated the postseason just like John Riggins, Franco Harris, Emmitt Smith, and Marcus Allen.

If the duty of the HOF is to include those players that have a significant and sustained impact on their team, Terrell Davis fits the bill. Even if due to injury his regular season numbers are limited, his post season numbers speak volumes on just how dominant a back he was.

I know TD gets knocked because many Broncos RB's were 1000 yard rushers in the same system. None of those guys is directly responsible for 2 world championships however. 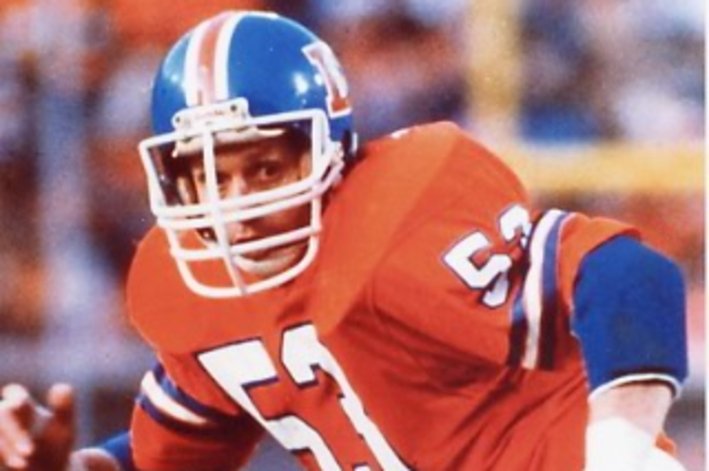 The HOF has made many foolish mistakes when it comes to snubbing Broncos players. I've profiled a couple of them in recent weeks. Given the way they impacted the game and how their production mirrors some of the all time greats, there is no reason why Canton does not belong to Randy Gradishar and Terrell Davis.

Until those blinders are removed, two great players will be kept from joining their peers; the biggest victim here being football history and tradition.

A Mile High Salute to Terrell Davis--we know he belongs!