1995 was the beginning of an era in Denver, the Mike Shanahan Era.

Though it wasn't Mike Shanahan's first run in Denver, it would be the run that defined his career. A perfect mix of West Coast Offense, Zone Blocking, and talent propelled the Broncos into perennial contenders. It made average QB's like Brian Griese above average, mistake prone guys like Jake Plummer into capable game managers, and dime a dozen RB's into 1000 rushers. Without talent though, we saw that the system could only do so much. While Mike Shanahan was an offensive genius and in my opinion a HOF worthy coach, it was his failures on the personnel end that eventually wrote his ticket out of town in 2008. 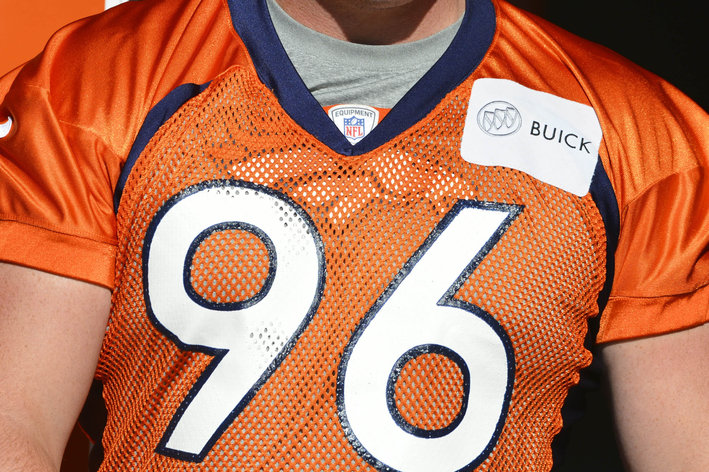 The significance of 96 in Broncos History

The early years of Mike Shanahan were record setting. From 1996-1998, the Denver Broncos registered more wins in a three year span than any team in NFL history up to that point. Including playoffs, those Broncos went a combined 46-10 (.821). Playing at Altitude provided a challenge on a different level for the opposition as the Broncos won a staggering 27 out of 28 games at Mile High along the way.

It featured career numbers for John Elway who managed to throw for 75 TD's in his final three seasons. It featured record breaking performances from Terrell Davis who become only the 4th member of the 2K rushing club when he accomplished the feat in 1998. Lest we forget the 63-yard all time record tying FG off the trusted for of Jason Elam.

When it was all said and done, the 1996-1998 Broncos made history winning back to back super bowl championships and cementing their legacy as one of the greatest teams/dynasties of all time. Fortune turned after 98 however. John Elway said goodbye to the game as a player. Terrell Davis suffered a devastating ACL injury and underwent experimental microfracture surgery that failed to provide the relief he needed. Players who had spent their entire career in Orange and Blue--players like Steve Atwater and Shannon Sharpe moved on to other teams. The beginning of Mike Shanahan's era as Broncos head coach also foreshadowed the end of the Elway era in Denver and that Mile High Magic disappeared like a mirage; that same magic that was so easily harnessed early on, the same benchmark that became the ultimate holy grail for Broncos fans everywhere, proved impossible to replicate.

Outside of a short lived run with Jake Plummer in 2005, the Broncos would fade into perennial mediocrity as fans, players, and Pat Bowlen grew tired of the message. Sometimes things just get stale, and that is what happened with Mike Shanahan. The Broncos and Shanahan managed a 7-1 playoff record from 1996-98. In the following ten years, his teams managed only one victory (1-4).

Mike Shanahan still remains the Denver Broncos' greatest head coach in history. In 14 seasons, Mike's teams averaged just a shade under 10 wins per season with a culminating record of 138-86 (.616). Mike will return to Mile High this season, but with another team. I hope fans applaud and welcome him as the man who helped lead our organization to the promised land after so many failures. Mike Shanahan deserves a Mile High Salute!

The Broncos did not have a 1st, 2nd, or 3rd round draft pick in 1995. Not sure what happened with the 2nd round pick, but they traded their 1st and 3rd for Falcons WR and CU alum Mike Prichard. The Broncos still had a total of 7 picks in round 4-7...and boy did they make sure one of them counted. Terrell Davis was their second 6th round pick that year going 196th overall.