Another winning season that resulted in no playoff berth.

Things were tough in the 70's, especially in the mid 70's. Only four playoff teams per conference qualified for the playoffs. In 1976, not even the 13-1 Oakland Raiders, with the best record in the AFC received a bye. There were no wild cards, and unfortunately, finishing 2nd in a division with a winning record was no guarantee that the team would make it to the tournament. 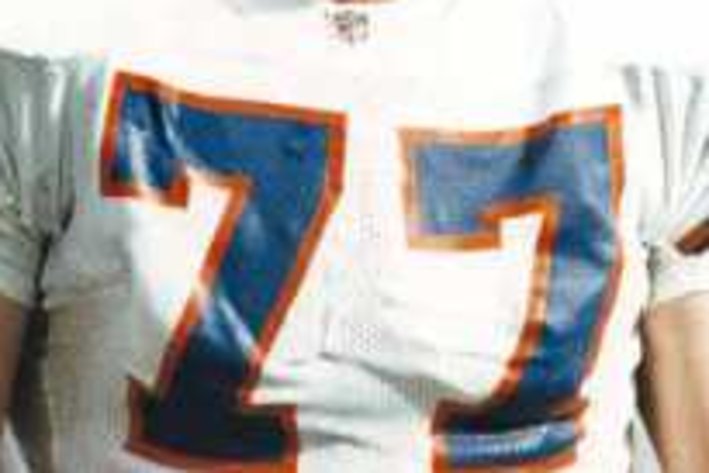 The Broncos were one of those teams that were left out. That season, the four playoff contenders were the Raiders, Colts, Patriots, and Steelers. The Steelers were the final wildcard team awarded a playoff berth with a 10-4 record. They edged out their division rival Cincinnati Bengals (also 10-4) and Denver Broncos (9-5) for the final playoff spot.

1976 would be the final year of John Ralston's coaching tenure. His teams went a combined 34-33-3 during his 5 year coaching tenure. Broncos players issued a protest vote of "no confidence" in their coach and Ralston resigned following the 1976 season. 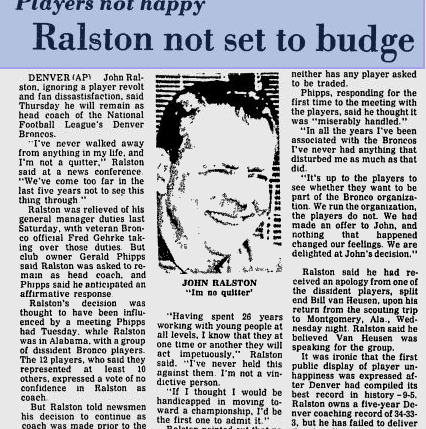 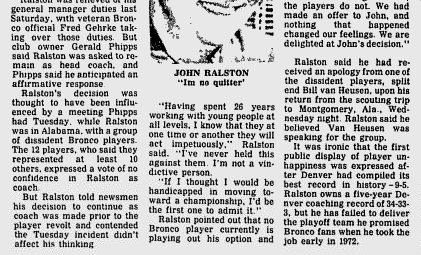 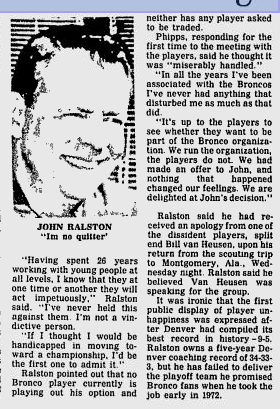 - The expansion 1976 Tampa Bay Buccaneers, who finished 0-14 were originally an AFC West team. The following year in 1977, the Bucs were moved to the NFC Central Division. In their only meeting as division rivals, the Broncos beat the Buccaneers 48-13. Bucs QB Steve Spurrier finished 16-32 for 131 yards and an INT. Steve Ramsey went 9-18 for 200 yards and 2 TD's. Broncos RB Otis Armstrong led all rushers with 116 yards on the ground. Both Randy Gradishar and John Rowser had a pick-6.

- In his sophomore season, Rick Upchurch returned 4 punts for a TD. He accumulated 1461 all purpose yards as a receiver, rusher, kick returner, and punt returner.

- Otis Armstrong and Rick Upchurch were the Broncos only pro bowl selections in 1976. Upchurch was also voted All-Pro.