It took the Broncos 14 years to notch their first winning season. Now, after 2 consecutive winning seasons, they look towards the playoffs and the Super Bowl. Otis Armstrong led the NFL in rushing the previous year, so this is a slam dunk, right? Wrong! The ever so cruel injury bug had different plans for this team!

Up to this point in the Broncos short history, they have been mostly laughing stocks with few bright spots such as Floyd "The Franchise" Little. However, in 1973, the Broncos had their first winning season. They followed that up with another winning season in 1974. From there, the sky was the limit. No longer was simply having a winning season the goal. No, instead, they had their sights on the playoffs and Super Bowl. Otis Armstrong had just led the league in rushing with 1,407 yards, they had an All-Pro Tight End in Riley Odoms, and their defense was greatly bolstered through the draft (4 of their first 5 drafted players were on the defensive side). Indeed, these 1975 Broncos were looking to make some noise! 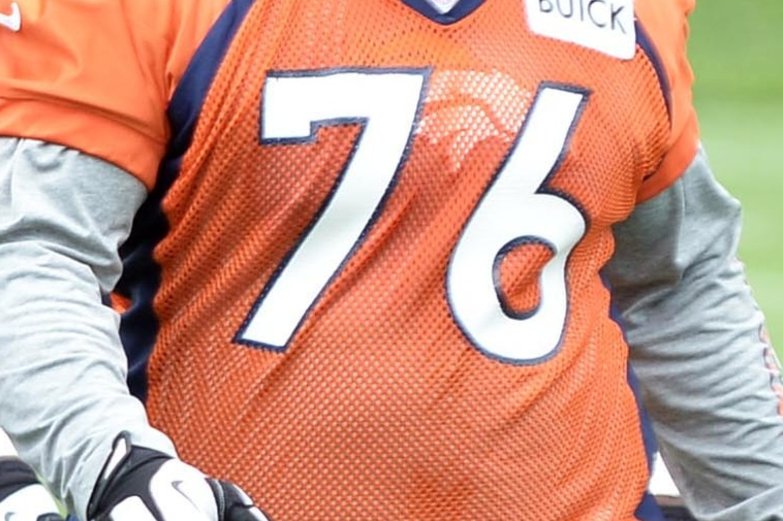 When you think about it, why wouldn't the 1975 Broncos have an amazing year? They were good on offense in 1974 but lacked on defense, so what did they do? They drafted Louis freaking Wright and Rubin freaking Carter. They joined their Pro-Bowl LB Randy Gradishar, Tommy Jackson, and Joe Rizzo. They already had Billy Thompson, Paul Smith, and Lyle Alzado. Yes my Bronco loving friends, the Orange Crush defense was starting to come to form! Add in the versatile Rick Upchurch, and indeed, they had every reason to be optimistic entering the 1975 season.

However, as optimistic as they began, almost immediately they fell down for the count. Otis Armstrong missed 10 games due to injury, and Floyd Little was a shell of his former self. Randy Gradishar, Tom Jackson, Billy Thompson, and Lyle Alzado were in fact the only players to make it through the entire season and play in every game. Nineteen starters missed at least one game due to injury. Not 19 players, but 19 starters went down! On the offensive side, the O-line suffered 3 broken legs and a knee surgery. Yes, if there is a single word to describe the 1975 Broncos, it's "INJURED!" In a year that started out with such high hopes, injuries refused to allow this team to get off the ground.

Watch that video from the :30 second mark onwards.

-Floyd Little retired after the 1975 season as the Broncos all time leader in yards and touchdowns with 6,323 yards and 43 TDs.

-19 starters missed at least 1 game due to injury.