RB Otis Armstrong puts up his best season as a Denver Broncos running back. 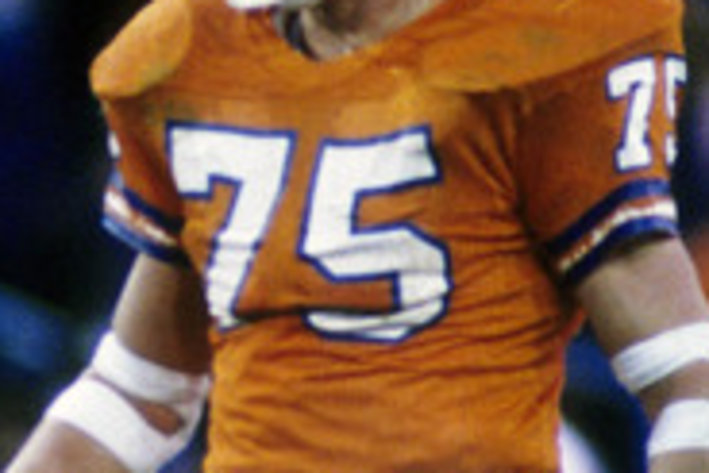 1974 marked Armstrong's 2nd season as a Denver Broncos RB/FB/KR. It would be a season that still stands in the Broncos record book as one of the greatest of all time. In a 14 game season, Armstrong rushed for 1407 yards, averaging just a shade over 100 yards per game. Otis was the first RB in Broncos history to achieve that milestone. In fact, that per game average ranks 4th on the all time Broncos list behind Terrell Davis' 1997 and 1998 campaigns (116.7 and 125.5 yards per game respectively) as well as Clinton Portis' 2003 season where he averaged 122.4 yards per game. These three are the only Broncos RB's to accomplish that feat.

During 1974, Otis proved to be a triple threat as he was also a formidable player in both the receiving game and the return game. As a receiver, Otis had 38 receptions for 405 yards (10.7 average per reception). As a kick returner, he added another 386 all purpose yards. All together, Otis racked up 2,189 all purpose yards and 12 TD's. 1976 would be the only other season where Armstrong managed to put together a 1000-yard rushing campaign.