We interrupt your regularly scheduled countdown article to bring about a debate. What exactly makes a player great? If you're worried you're missing out on the 72' Broncos with this debate....don't. They sucked. Instead, let's discuss something that has no concrete answer.

Is it longevity with a franchise the marker? Mark Jackson, Vance Johnson, Floyd Little all had long careers with the Broncos, yet their best efforts in a single season fail to match up with the likes of Brandon Marshall, Brandon Lloyd, and Clinton Portis. Brett Favre holds just about every record that exists for a QB yet won only 1 championship. 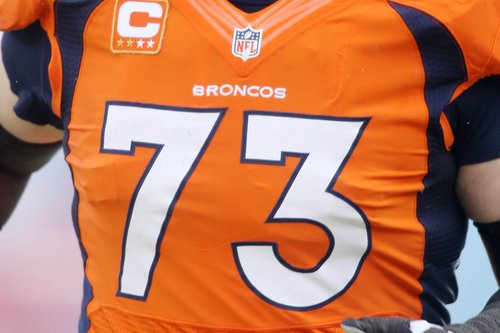 Which would you choose, the 1977 Broncos and the "Orange Crush" or the 1997 defense? Would you prefer Tom Brady or Peyton Manning? Kyle Orton had better passing stats than Tim Tebow--which would you choose to have on your team? Is 4 years of Terrell Davis' greatness better than 11 steady years of Curtis Martin?

These are all interesting questions to ponder. In my own perception of greatness, Elway is greater than Marino because he won two championships and Marino has zero. Yet in the same breath, I can honestly say that I think Peyton Manning is the better QB than Tom Brady, despite Brady having a 3-1 advantage in that regard.

Terrell Davis is a better RB than Gale Sayers, old timers be damned. And though some might prefer to start their team with a young Jim Brown or Barry Sanders, I would take a healthy TD every day of the week and twice on Sunday.

Mark Jackson, Vance Johnson, and Floyd Little are better Broncos than Brandon Marshall, Brandon Lloyd, and Clinton Portis, because they were here longer--again, all in my opinion. The 1977 defense may have fallen short of a World Championship, but I would take them any day over a defense that won one. All of my Tebow skepticism aside, I would take him 9 times out of 10 if I were choosing between him and Kyle Orton--with the one time being an instance of pity for a regular achieving good guy. Give me a choice between Tom Brady and Peyton Manning, and I choose Manning--the guy who is tied for the most losses in postseason history by a QB because I saw the guy post MVP numbers on a new team after sitting out for close to two calendar years due to a career threatening injury.

This is your debate MHR--you know my views. What makes a player "Great"?