Nearly 20 years ago, two HOF QB's engaged in battle on Monday Night Football in what would become one of the greatest duels of all time. 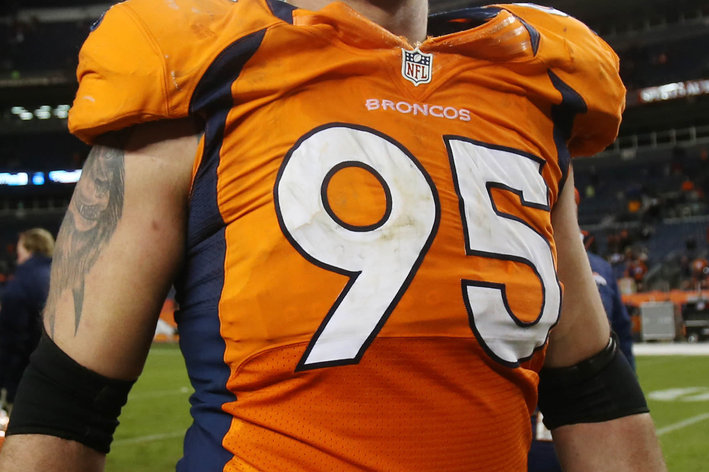 What is the meaning of 95 in Broncos History?

John Elway, Joe Montana. Both names are synonymous with greatness. Joe Montana was in the twilight of his career having been traded the year before by the San Francisco 49ers. John Elway had just come off of a few dismal seasons and a coaching change. The third wheel in this meeting, Head Coach Marty Schottenheimer had spent the greater part of the last 10 seasons as John Elway's personal punching bag. In fact, coming into this matchup, Martyball had yet to win a game @Denver against John Elway----0-7 as head coach in Cleveland and Kansas City. On the surface, it was just one of two meetings between division rivals. But this meeting would be the final battle between Elway and Montana. Once again, "Joe Cool" will would come out on top in what would be his final 4th quarter comeback in his storied career.

Marty's family knew the importance of this win and his daughter even recorded the game and had it ready for him to watch when the team returned home that evening.

So how exactly did Montana manage to make the Broncos porous defense look silly? There's a saying about prevent defenses preventing you from winning:

"We felt we had a pretty good chance," Montana said. "We knew they'd concede a certain part of the field to us, so we could throw underneath. We did that and kept moving."

It might not have mattered. Montana made 4th quarter comebacks fashionable way before John Elway had become the King of Comeback Victories. Sometimes, a guy just has your number. Eli has Brady's number....Brady has had Peyton's number....Montana was Elway's kryptonite.

High draft picks aren't always what they're cracked up to be. In 1994, the Broncos selected Tom Nalen in the 7th round. In fact, Nalen was 4-spots away from Mr. Irrelevant. He went on to have a brilliant 14-year career and recently became the newest member of the Denver Broncos Ring of Fame.

Rod Smith wasn't drafted in 1994. He was originally signed by the New England Patriots but was released. The Broncos signed him and he came to camp and earned his spot as a Denver Bronco. He went on to play his entire 13 year career in Denver. He's the only undrafted player to reach 10,000 receiving yards in NFL History.