For the third time in four years, the Broncos and John Elway make the Cleveland Browns look like the 2013 Baltimore Ravens, sad and overrated.

There's something to be said about a team having another team's number. Usually it flows with an era. The 80's featured two teams vying for a super bowl berth three times in a four year period. There was "The Drive," "The Fumble," and "The Beatdown." After going 11-5 and squeaking past the Pittsburgh Steelers in the Divisional Round, the Denver Broncos once again faced their foe of the decade in the AFC Championship Game: The Cleveland Browns.

This game ended like all the others, with Cleveland heartbroken, and the Broncos Super Bowl Bound. Unlike the other encounters, there would be no late game heroics or failures. Denver controlled the game from the beginning getting out to a comfortable 10-0 lead before halftime. Before the Browns finally found their balls and decided to show up, the Broncos built a 24-7 advantage. In the end, not even a couple of Browns TD's were enough to derail a date with oblivion. Elway and co. won the AFC Championship 37-21 in front of a rabid Mile High crowd. 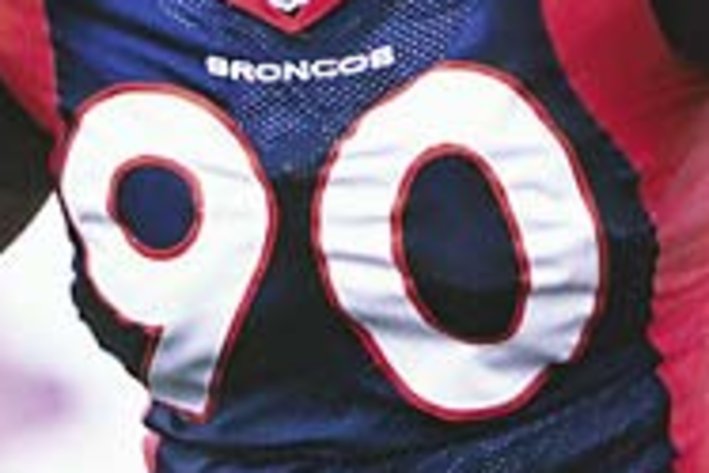 Just as the Broncos had the Browns number, the NFC representative in the SB had the Broncos. And Super Bowl 24 would prove to be an embarrassment of Art Modell proportions. Thank goodness I was 5-years old at the time. In fact I'll give you a kids perspective on football. My folks and their friends threw a Super Bowl Party that year. Late in the game with the Broncos trailing 45-10, I cried and pleaded with the grownups to leave the Broncos on the TV. Ah the innocence of children. There would be no triumph. And the Broncos would suffer another in a line of big game embarrassments. I personally have no ill will toward Joe Montana, but if I came across the man today, I would probably give him a big kick in the groin for how he embarrassed our team that Sunday.

Of course the MSM picked up on the Broncos futility in the big game. But I'll let "The Simpsons" show you just how our Broncos were thought of throughout the 90's.

Future Broncos Defensive Coordinator Mike Nolan was the teams Linebackers and Special Teams Coach. Future Broncos backup and starting QB Bubby Brister led the Pittsburgh Steelers to the playoffs. In the divisional round against the Broncos, he threw for 229 yards and a TD. Future Peyton Manning confidant Tom Moore was their offensive coordinator.....AND future ESPN analyst and resident Tebow hater Merrill Hoge was their RB--he rushed for 120 yards and a TD that game.