The first thing I thought of with number 88 was Demaryius Thomas. With all due respect to Rod Smith and Lionel Taylor, DT may end up becoming the greatest wide receiver in Denver Broncos history. Already during his brief career, he has been at the forefront of many of the greatest plays of the last couple of years - from a walk off 80 yarder in overtime to a leaping one handed grab in the back of the end zone. 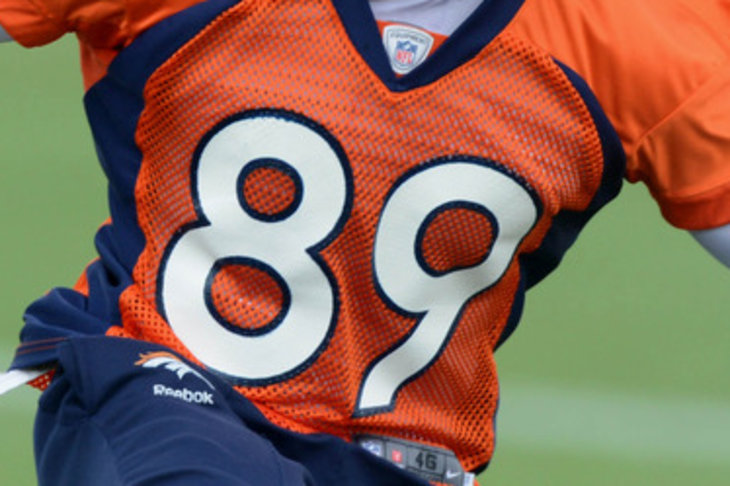 Demaryius Thomas will be the superstar in Peyton Manning's three-pronged attack and will likely duplicate or exceed his 94 catch, 1500 yard season in 2012. To me, he is the most exciting player on the roster not named Von Miller.

Whether Tim Tebow is your quarterback or Peyton Manning, DT is making game changing plays week in and week out. The following videos should remove any doubts if there were any...

If you were like me and watched this next playoff game alone at home then you probably needed this website in order to give yourself a high five! haha

The icing on this cake is that the 2013 Denver Broncos represent the best chance us fans have had at reclaiming the Lombardi Trophy since John Elway retired in 1999.

Technically, The Fumble also occurred in 1988, but that was near the end of the 1987 season, so I'll leave that for Bronco Mike to write about for tomorrow. The 1988 season was a fallout season from getting shocked in the Super Bowl by the Washington Redskins the previous season. They missed winning the AFC West by a game, losing 6 road games in the process.