Broncos Six-Pack: What we learned from OTAs

The running back shuffle, questions at safety and middle linebacker, and two quarterbacks that look better in Year Two in Denver. Here's what we learned during the Denver Broncos 2013 OTAs.

Share All sharing options for: Broncos Six-Pack: What we learned from OTAs

Happy Sunday, Broncos family, and welcome to another edition of the Broncos Six-Pack!

Denver Broncos Organized Team Activities concluded this past week, answering some of the questions we posed in our last Six-Pack -- but leaving a lot of those questions left for the remainder of the offseason. Mandatory mini-camp starts this Tuesday, but let's take a minute to review what we've learned so far.

The running back situation is extremely fluid

Those are four capable running backs. I could somewhat reasonably envision a situation where any one of these guys takes the reigns and starts for the Denver Broncos in Week One. So based on reports so far, I decided to put a number on each's probability to begin as Denver's Week One starter. These are very preliminary and subject to change, but this reflects how I see them right now.

Willis McGahee - The most likely to start in Week One, McGahee was a force for the Broncos in 2011 and the first part of 2012 before his injury. Let's not forget, McGahee brought back the Mile High Salute. McGahee sat out voluntary OTAs but is expected back for mini-camp. In my book, it's his job to lose. My odds to start Week One: 50%. 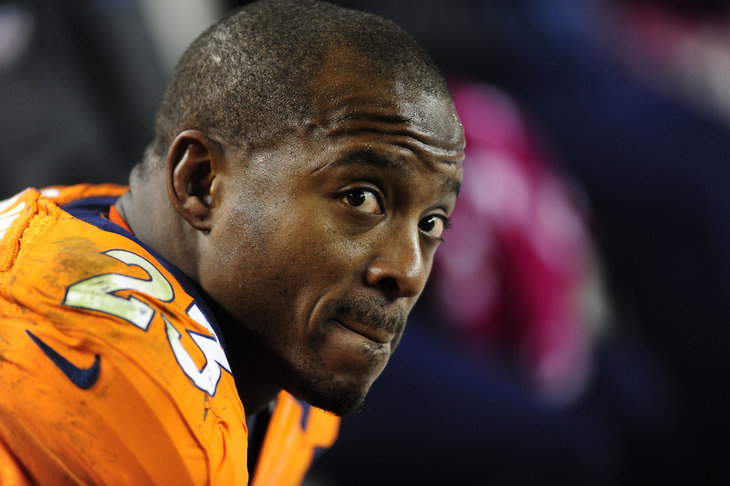 The move left the competition at running back wide open, but MHR's Topher Doll discusses why that's still okay.

Montee Ball - Ball was drafted to be a high-impact player for the Broncos in 2013 (Peyton Manning's words), so it wouldn't be surprising to see him step up and take over as the Broncos' bell-cow back from the start. McGahee's OTA absence and his work with Manning are excellent first steps; now he's got to take control in training camp and the preseason. My odds to start Week One: 35%.

Ronnie Hillman - The young Hillman has reportedly put on 15 pounds this offseason, hoping to bulk up before the start of camp. Still, that weight will undoubtedly go down a bit once the Broncos start two-a-days, and it will be an uphill battle. He's just not physically built to be a workhorse running back. He's a change-of-pace guy who the Broncos hope will turn more into a weapon in his second year in the league. Still, he started for the Broncos at OTAs, and he was a guy this regime drafted. That's why I have him higher than the last back on my list. My odd to start Week One: 10%.

Knowshon Moreno - Moreno was putting together a solid end of the season replacing McGahee before he got hurt. The numbers weren't quite up to McGahee's production, but they were solid, and his absence was felt against the Ravens. He has the biggest uphill battle to gain a starting role, but it isn't impossible, especially if the Broncos decide to move on without McGahee. My odds to start Week One: 5%.

DE Quanterus Smith is ahead of schedule

My favorite draft pick from the Broncos' 2013 Draft was thought to be a long-term project, who would have to sit out the 2013 season due to the knee injury he suffered in November of last year.

That doesn't look to be the case, as Quanterus Smith participated in team workouts the last two days of camp. While he's taking it slow, Smith and Coach John Fox both said that they expect Smith to be ready for the first day of training camp. That's exhilerating news - another pass rushing threat who could have a big impact for the Broncos on third downs this year.

Brock Osweiler was the star of OTAs, while Orton and Thomas both stole headlines as young playmakers. Thomas could find himself in a prominent role even in 2013 with Joel Dreessen sidelined, while Orton is a name we hope to hear even more further down the line.

There wasn't a lot said about these two positions during OTAs, except for the roster movement at safety. Quentin Jammer was added to compete everywhere in the secondary, while David Bruton earned reps with the starters. At middle linebacker, very little was said about who saw more reps in what teams.

Both positions will become more clear once the teams begin full contact work, especially at Mike linebacker, which is why... 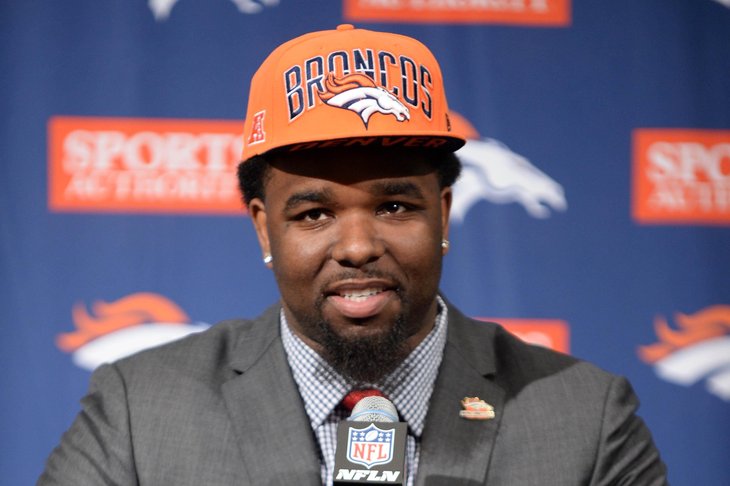 We break down the 2013 Denver Broncos draft. What was your favorite pick?

I can't wait until the pads come on

Unfortunately, I have to. Mandatory mini-camp won't see the pads come on either, so the first chance we'll get to see these Broncos in full gear will be in late July. First round pick Sylvester Williams will finally get to shine at that point; while Fox said he seems to be doing well, we really won't know until Williams is working in the trenches.

And how cool is that Derek Wolfe is mentoring Williams? "He's a hard-nosed type of guy and he gives 100 percent to everything he does," Williams said of Wolfe. "In the weight room, this is the kind of guy that's doing extra reps and some guys are struggling to get all the reps they’re supposed to do." If Williams follows suit, the Broncos' top picks from 2012 and 2013 both look like promising ones.

Peyton Manning will be better in Year Two

Peyton Manning has a need for the speed. And the Broncos are fulfilling it.

On top of that, Manning admitted to Yahoo! Sports that the time he spent in rehab last year interfered with his time in the film room.

Peyton Manning could be significantly better in his second year in Denver.