How does Rod Smith compare to his contemporaries who also have yet to be inducted into the pro football Hall of Fame?

Rod Smith stacks up favorably with all of these men. He has longevity with 12 seasons and 183 games, and he has production. If you're asking me who I think belongs in the HOF from this list, I'd probably go with Tim Brown, Isaac Bruce, Andre Reed, Sterling Sharpe, Hines Ward, Rod Smith, and perhaps Herman Moore. Moore is the only multiple pro bowl/all pro player besides Sterling Sharpe. Out of those core players, here's how he stacks up:

Here's where there's some disappointment as a Broncos fan. Besides super bowl titles, Rod is last or at the bottom of every one of these categories.

Do I think numbers are all important? Certainly not. But the bulk of what a HOF committee looks at in regards to skill position players and receivers will be based upon their production and numbers. Can't ignore it. Bottom line, if all these guys make it in eventually, Rod Smith will have to probably wait a bit longer.

Sterling Sharpe is a very tragic case. Like TD his numbers are outright scary, his career was just cut short. Even still, Sterling belongs, he was that good a player!

I had this discussion with prodigal fan earlier in HT, and my contention was that the fact that Smith is an UDFA shouldn't necessarily mean his career production gets him into the HOF. Prodigal had a great response, and it has me rethinking my stance a bit:

It's in the name. It's the Hall of Fame, not the Hall of Players With the Best Numbers. There are many exhibits in the Hall that are of players who, while certainly not the best or most talented, did things that no one else did before them. I think that Smith's production as someone who wasn't drafted should qualify him on that basis. No one in NFL history who went undrafted ever produced the way he did. That sets him apart, makes him a unique piece of NFL history. And having visited the HOF, I can say from first hand experience that the Hall is about preserving and acknowledging the history of the game. 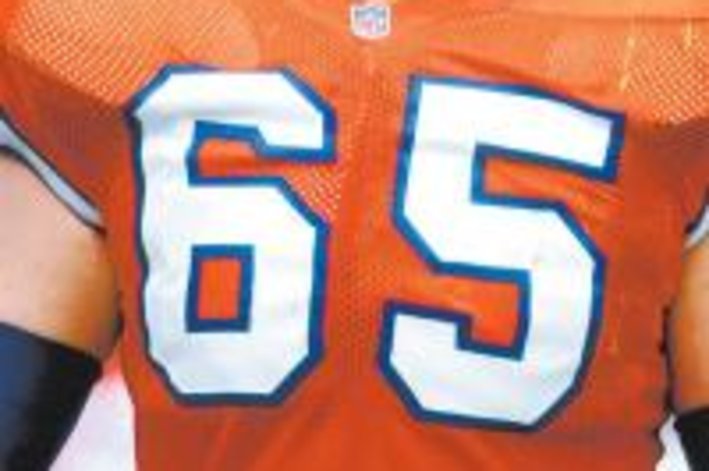 Gary Zimmerman is a Beast!

The 1964 Denver Broncos played the Oakland Raiders to a 1-1 tie. The Broncos managed to beat the Jets and Chiefs that season...and nobody else...ugh.