Did the Denver Broncos improve in 2013? Tight end edition

We kick off our series comparing the Denver Broncos from 2012 and 2013 with a look at tight ends.

Share All sharing options for: Did the Denver Broncos improve in 2013? Tight end edition

The Denver Broncos will carry four tight ends this year, and this year again it will be the same four guys: Jacob Tamme, Joel Dreessen, Virgil Green, and Julius Thomas. So how can I determine whether the position improved in 2013? I can only grade this on the respective role these tight ends will be playing. In 2013, particularly in the passing game, those roles are expected to be smaller ones. 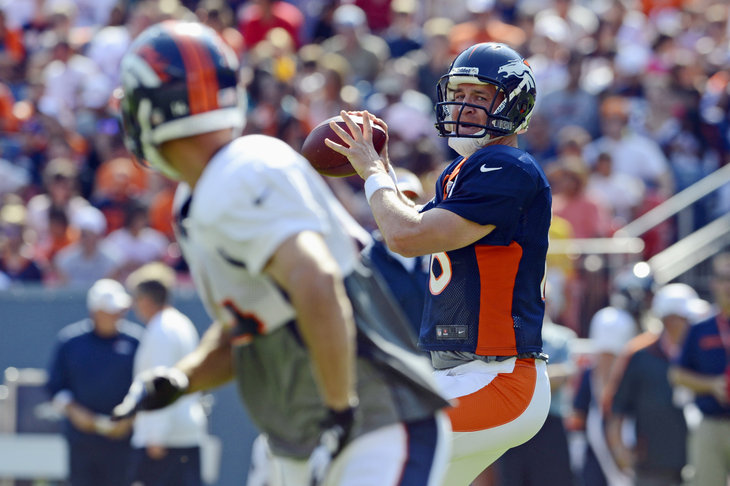 Another factor is Joel Dreessen's offseason arthroscopic knee surgery - Denver's most versatile tight end enters camp with some injury concern. While the "rise" of Julius Thomas excites me, even if he takes on a larger role in 2013, I don't see him outdoing the production of Jacob Tamme last year. There just aren't enough footballs to go around.

All of that would leave me to conclude that the Denver Broncos tight end position got worse in 2013, but there's another external factor playing a part here: the progression of Peyton Manning. With Manning looking stronger in Year Two and ready to undertake the no-huddle with full steam, the tight end group will be more dangerous, just as Denver's offense will be as a whole.

Was it lack of arm strength for Manning, early in the offseason? Was it lack of familiarity with the playbook? Working out the kinks?

That's what training camp is for, but this year Manning and the Broncos have an entire season of experience behind them. They should hit the ground running - er, throwing.

So I'm taking that as a plus, offsetting the diminished tight end role, and going with "Push." But that still means, in my book, the Denver Broncos did NOT improve at tight end in 2013. Let me know your take in the comments.