The 1962 Denver Broncos almost finished with the first winning record in franchise history.

It started off so promising. Two wins, a loss, then 4 straight wins. 6-1 is a record that has fans dreaming of a championship. It is a mark that suggests a team is a true contender. But as contemporary Broncos fans know, it isn't how you start a season that matters, it is how you finish it that tells the true story. For the 1962 Broncos, a winning record was not meant to be.

Beating the Chargers, Bills, NY Titans, our hated rivals the Raiders twice in consecutive weeks, the Oilers and finally the Chargers on their turf gave the Broncos a 7-2 mark heading into the final five games of the regular season. The downward spiral started week 10 against the Patriots. Rallying from a 23-9 deficit, the Broncos tied the game on a George Shaw 2 yd TD run 23-23. They were poised to take the lead when Ron Burton returned a missed FG 91-yards for a TD. Gino Cappelletti added 39 yard FG to give the Pats a two score lead late in the fourth. Broncos lose 33-29. 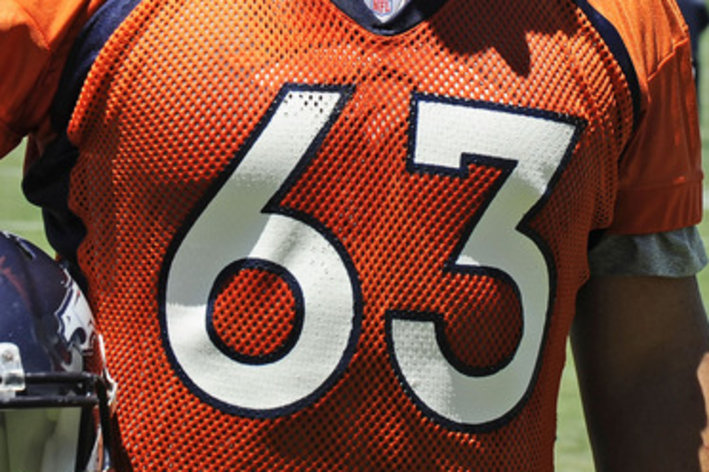 The next week against the Texans also saw the game get away from the Broncos in the 4th quarter. The score was 7-3 Texans heading into the 4th. Len Dawson threw TD passes of 92 and 47 yards to Tommy Brooker and Fred Arbanas to make the final sore 24-3.

Perhaps the most heartbreaking loss in the 5 game losing streak to end the season would come the following week to the NY Titans. After falling behind 17-0, defense and special teams helped us claw our way back into the game. Gene Mingo hit a pair of FG's and Bud McFadin ran back a fumble for a TD. Finally, George Shaw threw a score to give the Broncos a 27-26 lead. In the 4th, Lionel Taylor caught a TD, Jim McMillin ran back a pick 6, and Gene Mingo added a 3rd FG from 49 yards out to give our Broncos a 45-32 lead. It was all for naught however. Johnny Green threw TD passes of 5 and 3 yards respectively to give the Titans a thrilling 46-45 victory.

The next week the Oilers beat our Broncos handily 34-17 on the strength of 9 Denver turnovers---5 INT's by Frank Tripucka alone. The final week saw our Broncos end the season in thud like fashion against the Texans, losing the game 17-10 after falling behind 14-3 in the 1st quarter.

We have seen collapses of epic proportions as Broncos fans before, perhaps the 2009 team that started 6-0 only to finish 8-8 rivals the disappointing stretch the 1962 Broncos had. History would play out and it would take nearly a decade for our Broncos to post their first winning record.

Gene Mingo was a jack of all trades. In 1962 he made the pro bowl. He was our kicker, one of our many kick returners, a running back, and a receiver. In fact here are his stat lines at each position: