The silver lining in a 3-11 season? Broncos score a comeback victory against the Silver and Black at home in Bears Stadium.

Both teams came into their week 6 matchup with poor records. The Broncos were 1-4, the Raiders 1-3. Broncos RB Donnie Stone opened up scoring with a 7-yd TD. After a Raider TD evened the score at 7, Stone found the endzone once again--this time from a yard out to put our Broncos back out in front 14-7. Three consecutive Raiders scores gave them 24-14 lead heading into the 4th quarter.

Frank Tripucka hit WR Al Frazier from 26-yards out, Raiders lead 24-21. From there Broncos K Jack Hill added two FG's including a game winner from 27 yards out. Broncos win 27-24. This really was one of the few brightspots in that 1961 season. Two of our other wins came against the New York Titans (27-10), and the Buffalo Bills in the season opener (22-10). 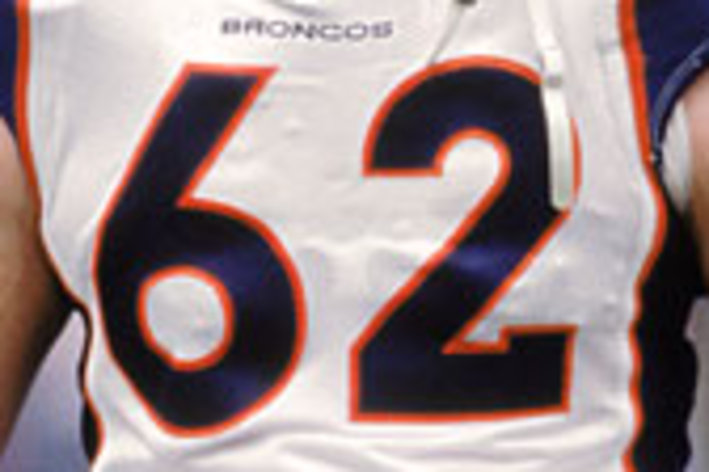 What is absolutely amazing about this season was that our team actually had three pro bowl players and one all pro. RB Donnie Stone provided a dual threat from the backfield rushing for 505 yards and 4 TD's and catching 38 more balls for 344 yards and 4 TD's.

WR Lionel Taylor recorded the 1st 100-reception season in AFL/NFL history catching 100 passes for 1176 yards and 4 TD's. MHR Historian Brian Shrout will go more in depth with this accomplishment later on today. Between QB's Frank Tripucka and George Herring, they combined for 260 completions. The next closest receiver was Flanker Al Frazier who caught 47 passes for 799 yards and an amazing 17.0 yards per reception average.

Safety Goose Gonsoulin was also a pro bowler that season. He intercepted 6 passes to go along with teammate Phil Nugent's 7. While 61 sure was a season to forget, these players provided a bright spot in an otherwise forgetful performance.

In the 1961 AFL draft, the San Diego Chargers selected future Broncos QB Charlie Johnson in the bottom of the 8th round. Johnson, who was also drafted by the St. Louis Cardinals, started his career there before playing for the Houston Oilers and eventually our Denver Broncos.