The Broncos added a few veteran free agents into the mix at cornerback, but Champ Bailey got older. Did they get better as a cornerback unit?

Share All sharing options for: Did the Denver Broncos improve? Cornerback edition

The Denver Broncos were two games away from the Super Bowl when Joe Flacco hit Jacoby Jones past Denver's secondary. The Broncos got burned, but they made a direct move to make up for that mistake: they signed Dominique Rodgers-Cromartie.

Those who've read my analyses this offseason know I'm not a big DRC fan, and I think it's going to be a tough year for him getting picked on opposite of Champ Bailey. But he'll be able to practice against some of the best to ever play the game, and alongside him will be one of the best cornerbacks to ever play the game, so he has that going for him. 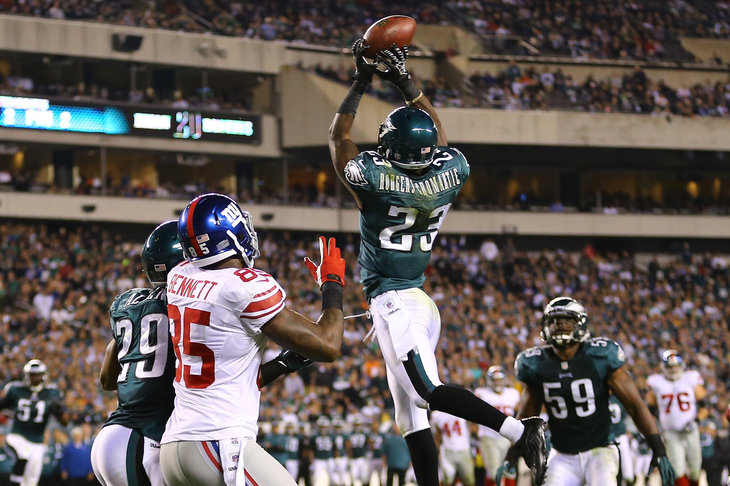 MHR gets you ready for training camp, now just two weeks away!

At the very least, if he stays healthy, DRC will be Denver's speedy solution to opposing defense's vertical routes. It's the coverage where Rodgers-Cromartie shines brightest.

Champ Bailey's struggles in the AFC Divisional Playoff game are well documented and overblown. Players have bad games now and then. Has Champ lost a step? Nope. Has he lost a half-step? Probably. He's 35. But he's still Denver's top corner until Chris Harris proves otherwise.

And Chris Harris just might do that. He had a phenomenal 2012 filling in as Denver's #2 corner, but he really shines at nickel corner. He might be the best nickel cornerback in the NFL.

The other addition that excites me in the group is Quentin Jammer, though he may effectively end up being an addition to the safety group when all is said and done. Jammer was not a big-play cornerback for the San Diego Chargers, but he was a decent one, and the Broncos have a specific gameplan in mind for how they will use him. Jammer fits the bill of the tight end-covering corner/safety the Broncos have been looking for.

Other additions include third round pick Kayvon Webster, but he may have been drafted rounds too high. I don't see him making an impact this year. One wonders how many more years 2011 draft pick Omar Bolden is going to get before the Broncos expect to see him on the field - and not just on special teams.

Do you think the Broncos got better at cornerback this year?