Perhaps the most intriguing pickup on defense this offseason was CB DRC. Though DRC struggled a bit in his time in Philly, most say it was due to his skillset being misused.

Share All sharing options for: Dominique Rodgers-Cromartie: Press your man

I picked a handful of games to watch and from what I saw perhaps the biggest misuse of his talent was to put him inside against a slot receiver. Doesn't fit his game. Yes DRC is a good man corner, yes he excels when he can get his hands on the receiver at the line of scrimmage. For whatever reason though, when I saw him matched up on the inside, he failed to do so. The slot receiver would get inside leverage, and I don't care how fast you are, when the slot receiver gets that position to the inside that's all she wrote.

The Broncos won't be doing that however so we won't have to worry so much about that. We have the best slot corner in the league in Chris Harris so what we will see is the Broncos utilizing DRC where he fits the best: man coverage on the outside. A few things stick out to me when I see him on tape. Probably the most impressive quality DRC possesses is his fluidity in the hips in and out of breaks. He's able to rotate and switch on the dime. This means if he gets out of position, he's able to recover and regain leverage quickly. In fact let's take a look at an example of that against the Giants.

Here he is matched up against Victor Cruz on the outside. Cruz is going to run a short out/in pivot route. DRC gets his hips parallel with the boundary and is in terrible initial position once Cruz breaks his route back to the inside. He quickly re-positions himself and makes a play on the ball. Catch only goes for 4-yards and Dominique is just milliseconds away from getting his hand on the ball. 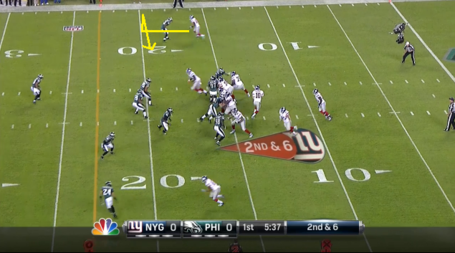 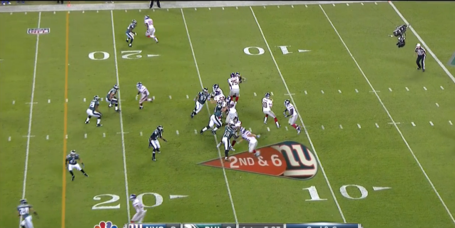 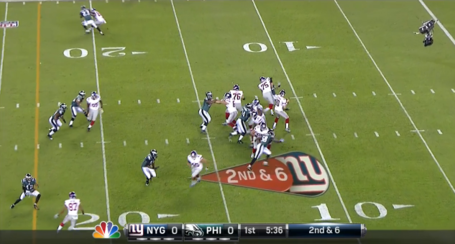 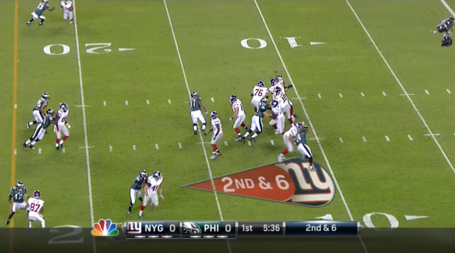 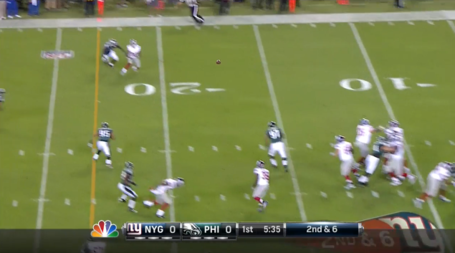 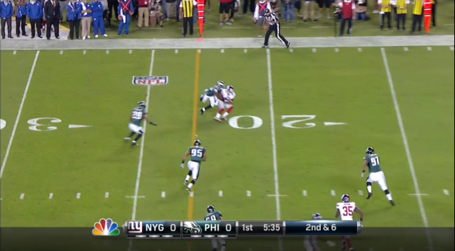 The next most impressive thing that sticks out to me is his size and closing speed. You can see his length aid him in making plays that other DB's would have trouble making. In this next example, he plays outside leverage in trail technique. There is no safety help for him and his responsibility is to protect the deep portion of the field against his man.

The receiver runs a skinny post which is a great route against how DRC is playing. but his height and speed allow him to close on a well placed ball and he successfully leaps into the air to break up the attempt. 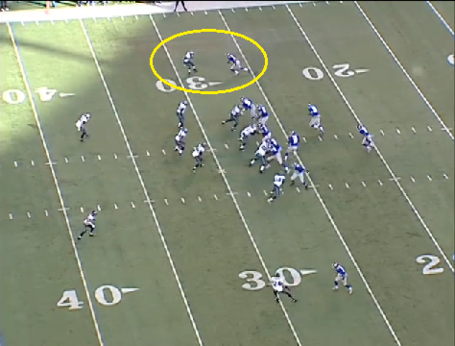 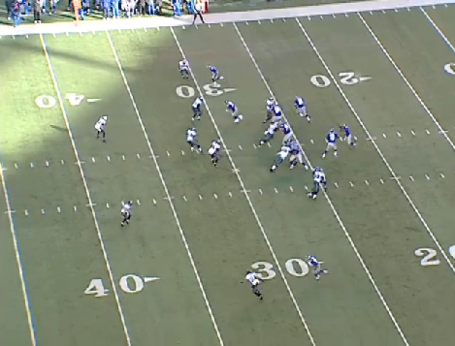 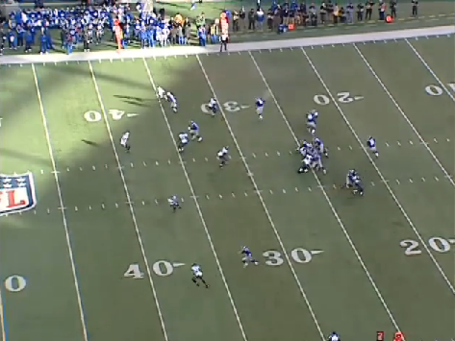 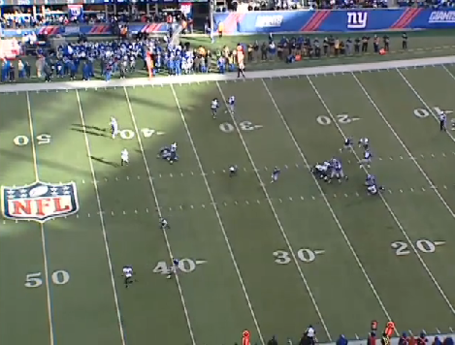 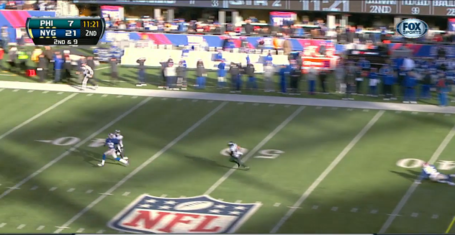 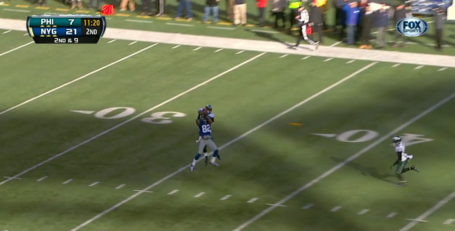 Finally, and something I saw our players struggle with last year, double moves. Here the receiver is going to run an out and go. DRC remains disciplined and doesn't bite or get out of position on the out. Remember his closing speed is very good so he knows he can always make a play on the ball. Instead, he sees the route develop and gains inside leverage on the receiver. Brandon Wheedon makes a terrible decision and throws the ball here anyway. Easy INT. 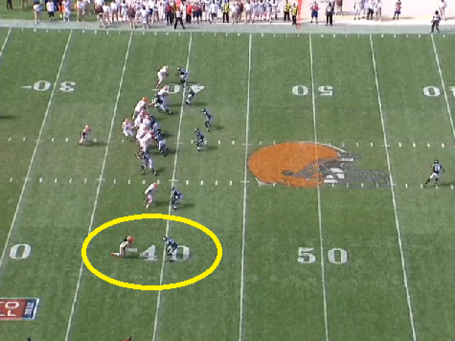 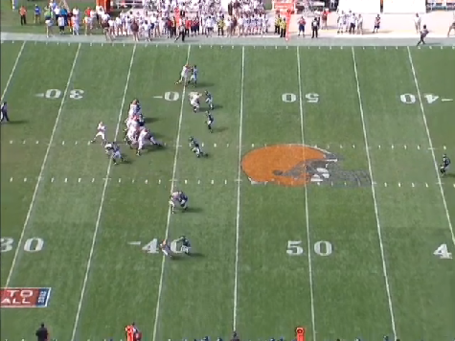 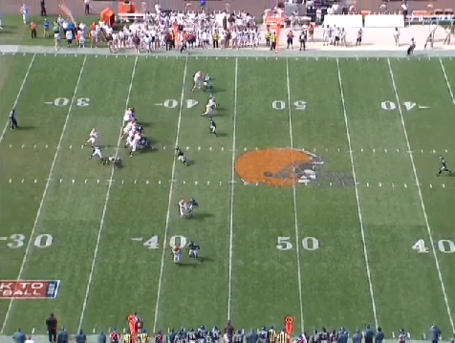 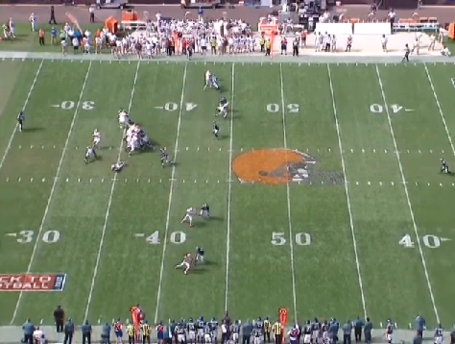 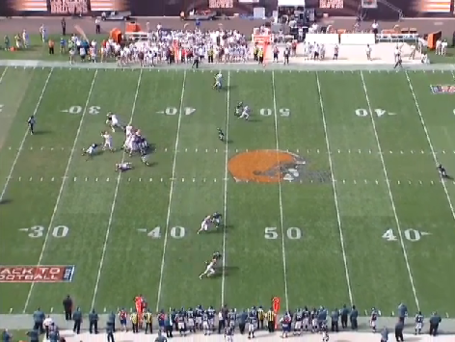 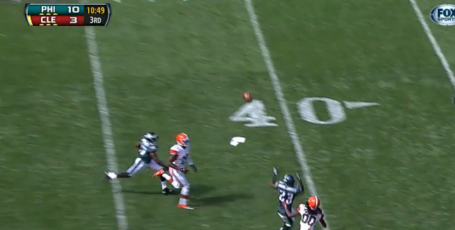 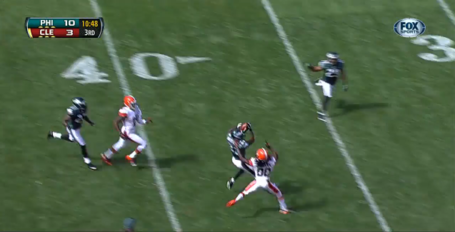 All in all, I'm very excited at the prospect of Champ and DRC on the field together. Both fit what the Broncos like to do in coverage to a T. Whatever defense is out there, know that we will have two or three of the best man corners in the game on the field at the same time.

Both Champ and DRC can be put on an island which frees up the responsibilities of the safeties. When we face a team with speedier guys on the outside a la Baltimore, I would put DRC on that man with no help and roll the safety to Champ if necessary.

Perhaps the best thing about the Broncos going after DRC was the fact that they were honest about his flaws. Both know what needs to be improved and from a schematic standpoint, the Broncos are in a better position than Philly to utilize his skillset. At the very least they KNOW his deficiencies and will look to put him in the best situations to succeed.