The Denver Broncos and Seattle Seahawks square off tonight for Preseason 2013 Week 2.

It may be just a preseason game, but last year, the exhibition match between these two teams altered the course of the NFL. 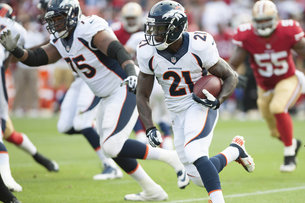 The emergence of Russell Wilson as starting Seahawks quarterback began one year ago in Denver, when the Seattle Seahawks traveled to face the Broncos in a preseason game, and the then-third-string quarterback took over the game. Starting the second half, Wilson showed he had talents that transcended the third stringers against whom he was competing, maneuvering around pass rushers and weaving passes in between defenders to a 30-10 Seahawks victory. Wilson completed 10 of 17 passes for 155 yards, two touchdowns and no interceptions that August 18th evening.

Who knows what will come of Saturday's game in Seattle?

*The NFL Network will join the game in progress at around 8:30 p.m. MDT. For local TV schedules, see "Local TV" below.

The first re-air (and full airing) of #Broncos #Seahawks will be on @nflnetwork 2pm Monday Aug 19.

NFL.com/preseasonlive. However, due to blackout restrictions, the game will be unavailable once the NFL Network cuts over during its broadcast. It will be available on demand thereafter.