It's official: Denver Broncos outside linebacker Von Miller has been suspended for six games for violating the league's substance abuse program.

"There is no excuse for my violations of the rules." - Von Miller

Shortly after the news of Miller's suspension broke, Miller released the following statement through the NFL Players Association:

"The Substances of Abuse policy requires everyone to comply with the rules," Miller said.  "Although my suspension doesn't result from a positive test, there is no excuse for my violations of the rules.  I made mistakes and my suspension has hurt my team, Broncos fans, and myself.  I am especially sorry for the effect of my bad decisions on others.  I will not make the same mistakes about adhering to the policy in the future.  During my time off the field, I will work tirelessly and focus exclusively on remaining in peak shape.   I look forward to contributing immediately upon my return to the field and bringing a championship back to the people of Denver.

According to multiple reports, the NFL considered suspending Miller for the entire season.  Instead, he will be on a short leash going forward—one more incident and he likely will be suspended for the full year.

Miller will miss first six games of the season 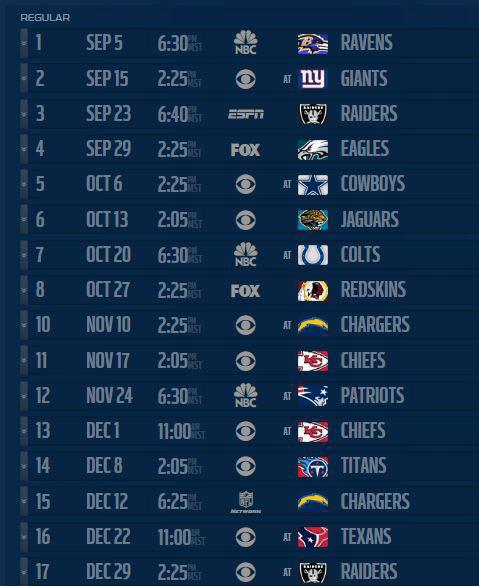 View the Broncos' 2013 schedule and the games Miller will miss.

According to USA Today's Linsday Jones, there will be no further appeal by Miller's camp and the suspension will start following the conclusion of preseason.  Until then, Miller will be allowed to participate in all team activities.

Per Jones, Miller was placed in the league's drug program in 2011 (his rookie season) after he tested positive for marijuana.  Earlier this offseason, Miller was scheduled to be tested again and spilled a sample that was being taken by the league.  When Miller turned in his second sample, it was extremely diluted.

The league considered Miller's antics tampering and wanted to suspended him as a third time offender of the league's drug policy.  The NFLPA argued that it was only his second offense and the two sides settled on a six game suspension (a second violation would have been a four-game suspension; a third would have drawn a year-long suspension).

Miller will miss the first six games of the season, including the season opener against the Baltimore Ravens on Thursday, Sept. 5.  Miller will only miss one AFC West contest—a Week 3 showdown against the Oakland Raiders on Monday Night Football.

Miller will also miss a Week 2 road game against the Giants, a Week 4 showdown with the Eagles, a Week 5 match against the Cowboys in Dallas, and a Week 6 games against the Jaguars.  Those are all winnable games with or without Von Miller, so the sky is certainly not falling in Denver.

Miller will return to action in Week 7 when the Broncos travel to Indianapolis to take on the Colts on Sunday Night Football.  The game will mark both quarterback Peyton Manning's return to Indianapolis and Miller's 2013 debut.

During his suspension, Miller will be allowed to workout but not practice with the team.  In his absence, Nate Irving is expected to move over to the SAM linebacker position with Danny Trevathan at the WILL position.  Wesley Woodyard has been moved inside, where he will be the MIKE.

Follow along live as Elway and Fox discuss life without Von Miller.

When news broke that middle linebacker Stewart Bradley was going to have wrist surgery, the Broncos moved Woodyard to the inside.  On Tuesday, coach John Fox hinted that Woodyard may remain the middle linebacker for the entire season.

"That was going to be a move we made regardless.  Because of that (Bradley’s injury), it’s a big reason why we signed Paris Lenon, who we have high regard for. He started the last 16 games for the last three years in a row. He’s an athletic guy that we think can help us."

To provide more depth at the middle linebacker position, the team signed 11-year veteran Paris Lenon, who is expected to compete for the starting job.

In addition to Irving, Lerentee McCray and Steven Johnson provide more options for the team at linebacker, as does Shaun Phillips, who has been practicing at defensive end but has experience as an outside linebacker.

"Replacing him on the field will not be easy, but every team must deal with adversity," Fox said in a statement obtained by the Denver Post.  "We will plan accordingly and be prepared. I am confident our team will step up and meet the challenge.

"I expect Von to stay in excellent shape and be ready to play at a high level when he returns to the Broncos."

Executive John Elway and coach John Fox will meet with the media to talk Miller's suspension at 4:30 p.m. MT, the team announced.  The press conference will be streamed live on DenverBroncos.com.

Von Miller suspension: Everything we know