The Denver Broncos and St. Louis Rams square off tonight for Preseason 2013 Week 3. 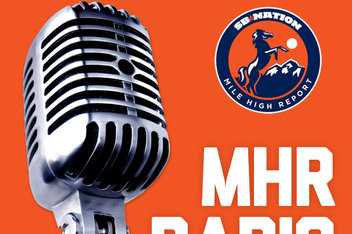 We break down the St. Louis Rams with the guys at RamsAddiction.com.

The NFL will get its biggest and largest preview of Peyton Manning in action Saturday night, 12 days before the 2013 season begins.

Peyton Manning and company are expected to play into the third quarter in their Week 3 preseason game, a showdown between the Denver Broncos and the St. Louis Rams. The Broncos are banged up, so star players like Wes Welker (ankle) and Champ Bailey (foot) are not expected to play, but the Broncos should be getting other high quality talent back from injury - guys like Ryan Clady and Dominique Rodgers-Cromartie, neither of whom have seen action in the preseason thus far.

(No cutting into the game in progress like the NFL Network did last week. This one is the real, full deal.)

The NFL Network will re-air the game twice:

NFL.com/preseasonlive. However, due to blackout restrictions, the game will be unavailable during the CBS broadcast. It will be available on demand thereafter.