Broncos Roster Cuts: On The Bubble

The bubble is about to burst. After taking into account both practice and preseason performance, here's my take on which of these Broncos makes it and which of them don't.

Share All sharing options for: Broncos Roster Cuts: On The Bubble

For Lance Ball, he has no shot if the Broncos go with 4 RB's.  He did look good yesterday against the scrubs though.  As far as CJ, with his injury and limited work in the preseason I think he lands back here on our Practice Squad.  Jeremiah Johnson?  So long, farewell, goodbye

How could you not keep this kid after yesterday?  6'4", 220, reliable big target who catches everything and also happens to be a favorite target for young Brock Osweiler.  If the Broncos are selecting players strictly by production, both Caldwell and Robinson stick to the 53 man while Tavarres King gets the cleaver.

Here's an interesting thing to think about.  6 WR's and 3 TE's?  That would allow the team to keep and develop King and also reward the other two for their production.

Bottom line, I want this guy on the roster.

Lilja may be a Peyton Manning guy, but he was pushed around by 2nd teamers last night.  Want proof? 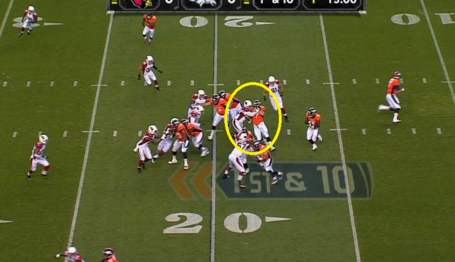 look how far back he's already been pushed into our backfield.  Saw this repeatedly last night.  Good teammate or not, we have no room for nostalgia here in Denver.

With Davis, I'm banking on Moffitt taking his place.  Didn't get to see a lot of Moffitt so I could be wrong.  When you trade for a guy though, there must be something there they liked.

Phillip Blake is awful and should become the 2nd draft pick in the Elway era to be cut.

Both make it due to the fact that we are thin at LB.  With the injury to Larentee McCray to go along with the Von Miller suspension as well as Stewart Bradley's wrist surgery, the Broncos at the moment have 5 guys that could play a game next week.

The old man has to go.  Dude is slow, hips are ancient...in fact check out this snip of a 3rd string WR turning him around on a quick slant. (He's at the very top of the screen) 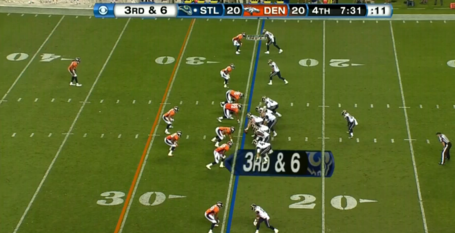 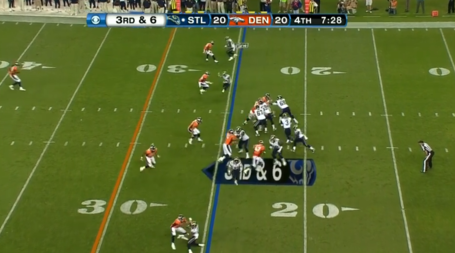 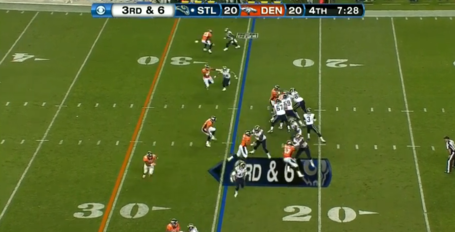 Dude is turned towards the sideline at this point TERRIBLE!!! 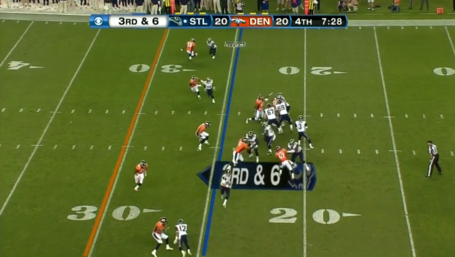 The kid sticks if only for his youth and special teams contributions.  He looked a lot better at Safety than he did at corner, even if he did take a terrible angle on the final TD run of the game.  Definitely some positives, he seems to diagnose the play pretty well and can lay the wood.

After all of that, here is my final projected 53 man roster:

What do you think MHR, do you agree?