It was a sloppy, conservative game that will in no way represent a potential Super Bowl between the 2013 Denver Broncos and San Francisco 49ers, but the Broncos, led by a stifling defense, came away with the win.

If you were hoping to be entertained by a pair of Super Bowl favorites, by the high-flying offenses of Peyton Manning or Colin Kaepernick this Thursday, you might have been better off watching a DirecTV commercial.

Manning was briefly efficient then efficiently benched as backup Brock Osweiler took over early in the first quarter of the Denver Broncos' preseason Week One opener against the San Francisco 49ers Thursday night. Manning went 2 for 4 for 13 yards, while Kaepernick was 4 for 4 for 38 yards with one six-yard rush. Manning led his Broncos to a punt; Kaepernick advanced his 49ers to a field goal.

That lack of offensive production was a sign of things to come.

The Broncos offense, vanilla in scheme and hampered by injuries on the offensive line, would go on to punt and then punt again. They did not put a dent on the scoreboard until the fourth quarter.

The starting 49ers offense was efficient, but ultimately stalled and had to settle for a field goal in their one series. San Francisco was able to exploit matchup advantages throughout that first series - Vernon Davis with a step on Von Miller in a misdirection play action rep, Anquan Boldin twice being covered by middle linebacker Stewart Bradley - to move the ball down the field.  In the end, though, sloppy play and a stifling Broncos defense prevented the 49ers from reaching the end zone.

In fact, neither offense scored a touchdown all game long. Hardly the Super Bowl preview some hyped the game up to be.

Four takeaways by Denver's defense, including a fumble return for a touchdown, ultimately gave the Broncos the edge in a preseason snoozer that saw Denver defeat San Francisco 10-6.

The majority of offensive snaps for the Broncos was taken by second year quarterback Brock Osweiler, who started the exhibition game with six straight completions and a handful of scrambles before the offensive line struggles caught up with him. Osweiler played from Denver's second series in the first quarter deep into the second half. 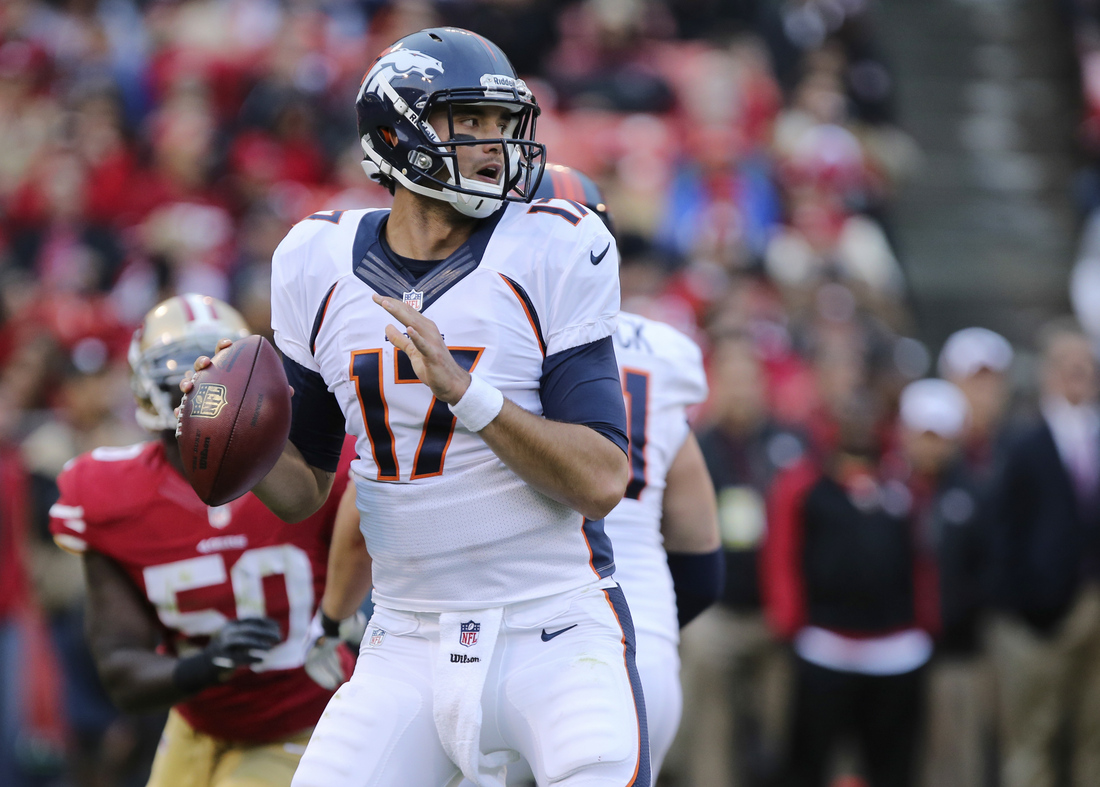 San Francisco 49ers pass rushers were constantly beating Denver blockers on the outside, and Osweiler's pocket was often crowded from in front of him as well. Neither Manny Ramirez (first team center) nor Ryan Lilja (second team) were particularly impressive, and Chris Clark and Vinston Painter were each abused on the outside at different times. Osweiler finished 13 of 18 for 105 yards - respectable stats given the sieve of an offensive line he was dealing with.

Duke Ihenacho has been the surprise of training camp, emerging from the depths of Denver's roster to starting for the Broncos at strong safety in their first preseason game. He made the most of his opportunity, leading the team with seven tackles in the first half while also notching a forced fumble and a pass defense.

On the third play of the game, Ihenacho made it clear his ascension was justified. A handoff to LaMichael James looked to go long as James shot through a decent hole in Denver's defense. Out of nowhere Ihenacho launched at James, completing halting his forward motion and bringing him to the ground for a hard stick. The second-year safety's lateral speed and instincts were on fine display on that play and the many to come.

Manning's two completions were both to jerseys with "Thomas" on the back - his first pass was to tight end Julius Thomas, who finished the night as Denver's leading receiver with four catches for 35 yards. A few plays later, Manning found Demaryius Thomas on a short cross who ran the ball for a seven-yard gain. Wes Welker, the Broncos' newest weapon, was targeted once but had no catches in his one series. 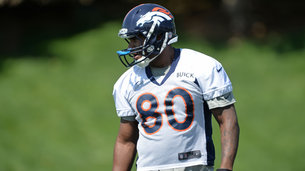 Big Pete chimes in with his instant reactions from Denver's preseason win.

The first turnover by the Broncos was the biggest, netting them seven points and ultimately making the needed difference on the scoreboard. Nate Irving pummeled Harper deep behind the line of scrimmage, knocking the football loose and allowing Shaun Phillips to scoop up the loose ball and run into the end zone for atouchdown.

Minutes later, Duke Ihenacho put a definitive exclamation point on his first night as Broncos starter, dislodging A.J. Jensen's reception for a forced fumble that was picked up by Rahim Moore. The chemistry those two talked about having with one another was on fine display Thursday night.

Just before halftime, Mike Adams read Colt McCoy's eyes and found himself the recipient the gift of a deep ball, intercepting the pass with ease.

"You have four turnovers and you win every time," safety Mike Adams said. "That's what you want to do. As a defense, you want to set the tone, and give the offense a boost. When you get turnovers like that, that's the way it's going to go for you."

The competition at running back will still require a few preseason games to settle itself, but one thing is certain, a new name has gone from the periphery to the main discussion: C.J. Anderson. The undrafted rookie led Broncos rushers with 69 yards on 15 carries, showing quickness and toughness the Broncos hadn't seen from him in camp - and that they can't ignore.

Ronnie Hillman had a solid nine yards on three carries, but still doesn't quite pass the eyeball test as far as size is concerned. Montee Ball didn't struggle at the line of scrimmage as he had at camp, but the holes didn't open for him, and he was left with a disappointing nine yards on five carries. Finally, Knowshon Moreno saw work in the third quarter and busted an 11-yard gain at one point; he finished with 23 yards on six carries, faring alright.

Two names that stood out on the defense in reserve work are Malik Jackson and Nate Irving. Jackson lined up at both defensive end and defensive tackle and was consistently hassling San Francisco QBs. Nate Irving, who had played most of camp at starting middle linebacker, played with the two's and flew all over the field. At one point he was on or around the tackles of three consecutive plays, and let's not forget he also had the game-deciding forced fumble.

Trindon Holliday a rollercoaster, but that is to be expected

Holliday's first return was solid, but thereafter, poor decisions and execution saw him get the Broncos pinned deep in enemy territory. The Broncos know this about Holliday: he's a feast or famine returner. On Thursday the Broncos were left hungry more of ten than not.

Broncos escape with a win

Is winning in the preseason important? Not really, no, but I found reports about Peyton Manning's attention late in the game interesting. No one would have been more justified in blowing off the last few minutes of preseason football than Peyton F Manning, but there he stood, attentive and focused on his teammates and the game.

And in the end, a win doesn't feel so bad, does it? 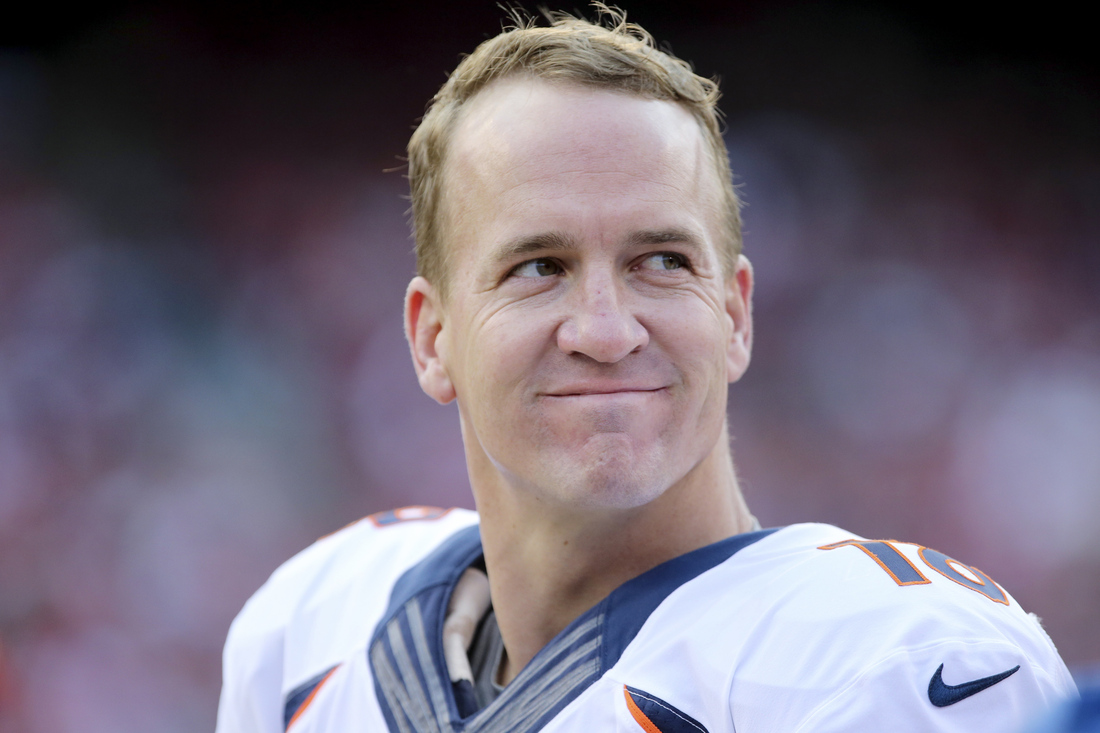