If Peyton doesn't win this award, it will be the biggest upset in the history of sponsored NFL.com awards.

The NFL announced three candidates for the Week 1 FexEx Air Player of the Week award on Tuesday. One of those candidates is Denver Broncos quarterback Peyton Manning, who threw seven touchdown passes in a 49-27 rout of the defending Super Bowl champion Baltimore Ravens in Thursday's season opener. 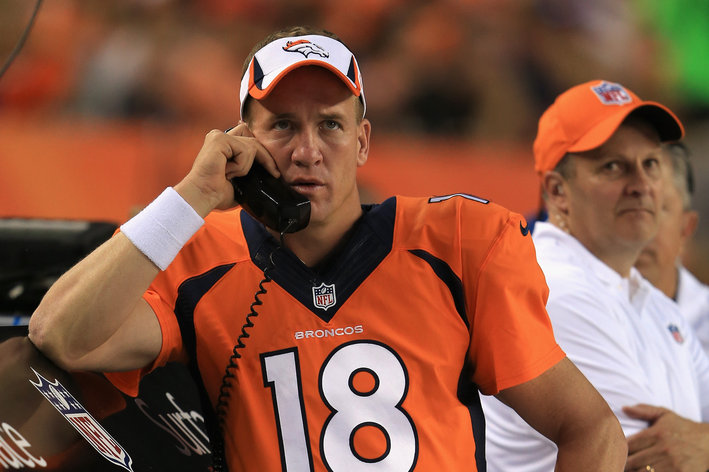 Neither of the two other quarterbacks in the running for the award threw seven touchdowns.

In fact, the two other QBs—New Orleans' Drew Brees and San Francisco's Colin Kaepernick—combined for five passing touchdowns. Yes, you read that correctly. They combined to throw five touchdown passes.

We have only kind, mushy, gushy things to say about Brees and Kapernick. However, neither of them threw for seven touchdown passes in one game. That's seven, as in two more than five.

Manning became the first QB since the 1970 AFL-NFL merger to throw seven TDs in one game, helping Denver to lead the league in Week 1 scoring with 49 points. Reminiscent of the original No. 7 (that's John Elway, not Kap, young bucks), Manning's seven scores were nothing short of amazing.

Vote for Manning and his seven scores at NFL.com/FedEx. The winner of the award will be announced on Friday.