Chris Clark, the man who will likely be thrust into a starting role following Ryan Clady's injury, signed a two-year contract extension on Monday morning.

A fifth-year lineman out of Southern Mississippi may be protecting quarterback Peyton Manning's blindside in Denver going forward.

Just moments after news broke that Denver Broncos All-Pro left tackle Ryan Clady could miss up to six weeks with a Lisfranc foot sprain, the team announced that they have agreed to terms on a two-year contract extension with Chris Clark. 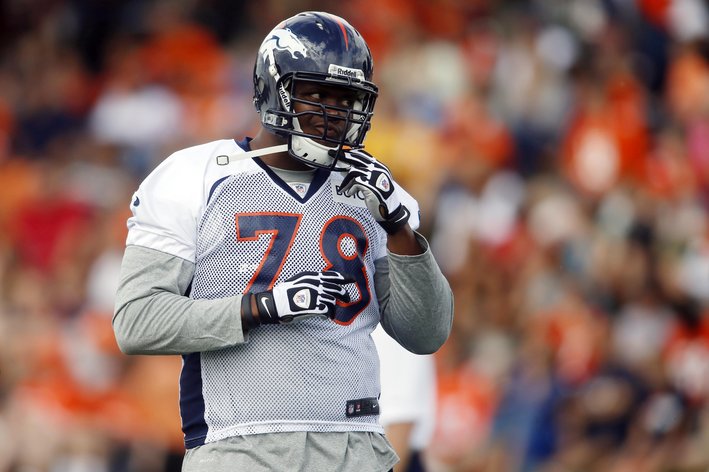 Clark (6-5, 305 pounds) entered the NFL as an undrafted free agent in 2008 with the Tampa Bay Buccaneers before spending time on the Minnesota Vikings practice squad and later joining the Broncos in 2010. Since coming to Denver, Clark has has been in active in 42 games, making six starts in 2011.

During the Tim Tebow era, the Broncos used Clark mainly as an extra tackle in jumbo sets on the offensive line (most often in running situations). Injuries forced the team to later thrust Clark into a starter role, and he responded well, allowing just one sack through a six-game stretch.

Originally due to make $1,323,000 this season and then become a free agent, Clark's contract extension will keep him in Denver through 2015.

Though he was extended by the team, Clark is not guaranteed to earn a starting job right away, at least not at left tackle, where Clady had been playing. Denver will likely shift around their offensive line, and guard Chris Kuper will help provide additional depth.