Knowshon Moreno is in the running to win a weekly award on NFL.com.

A week after Denver Broncos quarterback Peyton Manning was nominated for—and won—FedEx Air Player of the Week honors, another Bronco has been nominated for a weekly award on NFL.com. 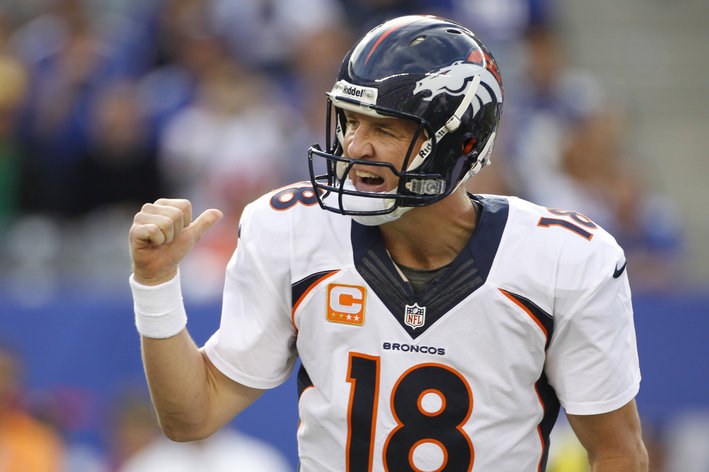 Tracking how the Broncos stack up against the rest of the NFL after two weeks of play.

Running back Knowshon Moreno, who has quickly reestablished himself as the guy in Denver's backfield, has been nominated for the Ground Player of the Week award on NFL.com after rushing 13 times for 93 yards and two scores in Denver's 41-23 win over the New York Giants in Week 2.

Moreno faces tough competition, as the two other nominations—Green Bay's James Starks and Seattle's Marshawn Lynch—both posted impressive numbers. Starks ran for a career high-132 yards and a score while Lynch totaled 98 yards and two scores on the ground.

One area where Moreno has the advantage is his yards-per-carry average. While Moreno had far fewer carries than the two other nominations, he made the most of every opportunity, averaging 7.2 yards per carry while helping Denver to a convincing victory.

The FedEx Air and Ground Players of the Week will be announced on Saturday. Vote!