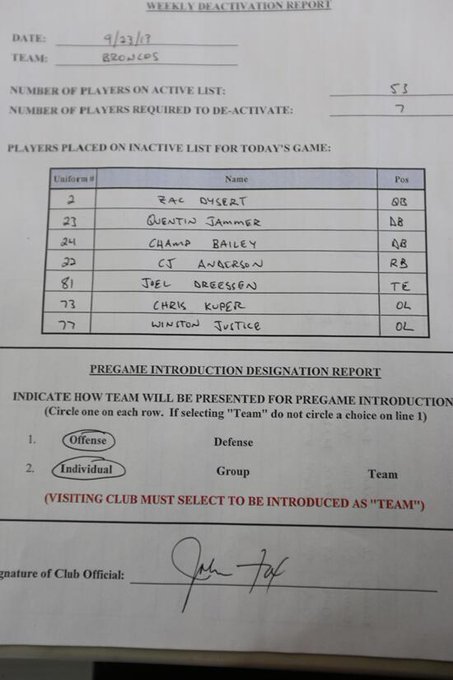 The Denver Broncos need to keep the momentum strong to keep up with the surprising Kansas City Chiefs. Besides, losing to the Oakland Raiders at home is like the worst thing the Broncos could do to their fans. In all reality, this game shouldn't even be close.

Additionally, the AFC is looking like the class of the NFL with one more undefeated team than the NFC and six 2-1 teams compared to just two in the NFC. So much for the AFC being completely overmatched. I'll also add the AFC is 11-3 against the NFC in interconference play.

The Broncos defense needs to contain Terrelle Pryor, while keep stout against the run when Darren McFadden has the football. On the offensive side of the ball, Peyton Manning just needs to keep doing what he is doing. If he puts up thirty points tonight, it'll be another win for sure.

Where to Watch: Don't miss the game! Here is a list of where to catch the game tonight.