Keep it close, Montee—you can't score without it.

His NFL career is still very young, but Denver Broncos running back Montee Ball has already fumbled twice—on just 31 carries. That's an average of fumbling every 15.5 carries, and that's simply not acceptable.

In his weekly blog on DenverBroncos.com earlier this week, Ball addressed the issue:

But once again the coaches trusted me and put me in there and I kind of shot myself in the foot again. But today we worked on it, me and my coach. It's ball security. We corrected the problem. I carried the ball all around the facility today. 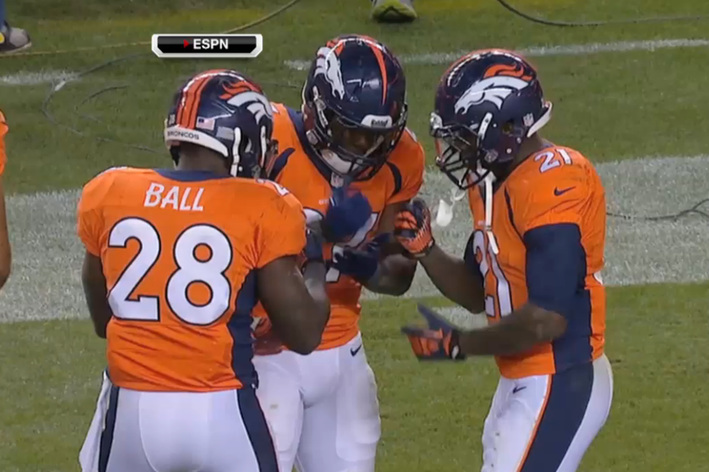 Denver's three running backs played rock-paper-scissors to allegedly decide who would get the goal line carry against the Raiders on Monday.

When Ball say's "my coach," he is likely referring to running backs coach Eric Studesville. It's good that Ball is maintaining a positive outlook, and the fact that he has reached the stage of "just running" is also a step in the right direction—getting more comfortable will help him in every way as a runner.

Carrying the football around the facility isn't a new method, either. The Broncos had wide receiver Demaryius Thomas do it last season after he had three fumbles in a three-week span.

As far as Ball goes, it sounds like the team doesn't have to hound him about the issue—he knows it must be corrected.

Nobody feels worse about the fumble than me, so when it happened and after the game, they didn't say much at all. They just told me to keep my head up. I'm still learning. It's best to happen now than later on in the season. Get it out of my system.

Ball was drafted in the second round (58th overall) out of Wisconsin by the Broncos in April after he set NCCA rushing records during his four years of collegiate football. While in college, Ball rushed 655 times before having his first fumble and 802 times before losing a fumble.

This doesn't appear to be something that has haunted Ball throughout his football career, and he seems confident that he issue has "been corrected."