Rookie running back Montee Ball wore No. 28 for four years at Wisconsin. After completing a jersey number swap with safety Quinton Carter, he'll get to keep No. 28 in Denver.

Third-year safety Quinton Carter and rookie running back Montee Ball have come to a jersey agreement. 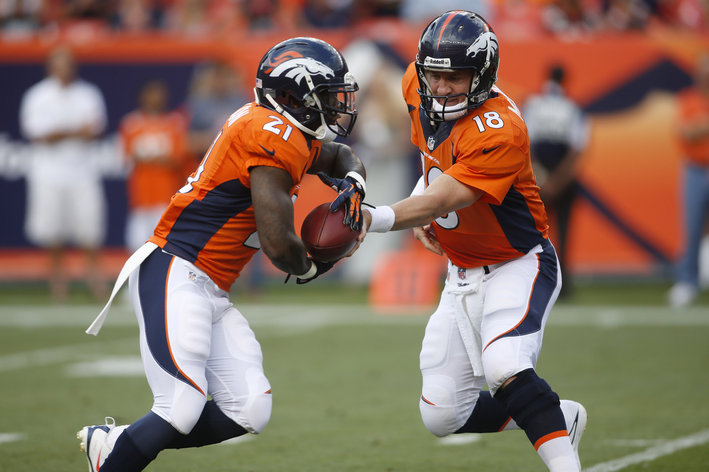 MHR's Kyle Montgomery says to not start Ronnie Hillman in fantasy football this week because he will be sharing carries with Ball.

Carter, who has worn jersey No. 28 since he entered the league in 2011, is going to spend the 2013 season on the injured reserve list. Ball, who broke numerous NCAA rushing records while wearing No. 28 at Wisconsin, has worn No. 38 this offseason.

It's unclear what the terms of their agreement were, but Carter is being a good sport about it and has agreed to swap jersey numbers. Carter will now wear No. 38 and Ball will wear No. 28.

Additionally, rookie running back C.J. Anderson has switched to No. 22, which was formerly worn by recently released fullback/short yardage running back Jacob Hester. Anderson, who wore No. 39 during the preseason, may be part of the team's plans at fullback this season.

Ball is currently listed as the No. 2 running back on the depth chart and is expected to see a bulk of the carries in Denver this fall. Carter, as noted above, is no longer on the team's active roster.