With the news that Chris Harris is out for the postseason with a torn ACL, the Broncos are going to have to choose one of these players to step into his role. Problem is, none of them has been immune to giving up big plays. Here's a look at their contributions to the Broncos secondary.

The rook started off strong showing some impressive man to man coverage skills. Lately, opposing quarterbacks have targeted him as soon as he steps out on the field and to great success.

A healthy scratch for most of the season, Jammer has seen extensive time since Week 10 against San Diego. Yesterday he played an absolutely atrocious game getting burned by Keenan Allen on several occasions ultimately giving up a touchdown late in the game that helped make the score tighter than necessary.

Was the go-to backup earlier in the season before two poor back to back games against Philadelphia and Dallas earned him a seat on the bench.

Whoever is able to go will likely be a favorite target of Tom Brady. It seems as if every time one of these three steps on the field, the opposing quarterback makes a new best friend. Is that a bit harsh? Perhaps, but none of these guys has shown the ability to be a reliable and steady back-up capable of shutting things down.

Honestly, I mostly blame Jack Del Rio for their issues. Jammer is an aging vet far past his prime, Tony Carter is an UDFA with a limited skillset and a pair of grabby hands that always leave the potential for a PI or Illegal Contact penalty, and Kayvon Webster is a raw rookie who has struggled with consistency. 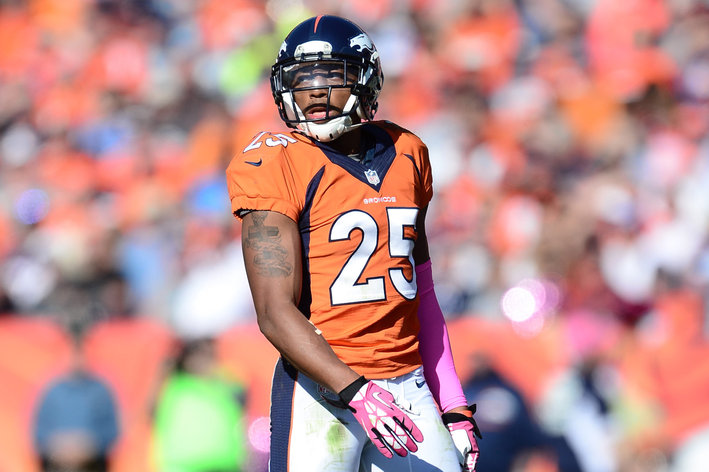 Broncos lose yet another starter to serious injury

None of these guys should be put on an island like they have been at times. For what it's worth, the uncertainty on the back end has contributed to breakdowns just as much as their poor play has. Until Del Rio learns to scheme and limit the liability we have when one of these players is on the field, the Broncos secondary will be ripe for big play potential.

My gut tells me to play the rookie as long as his thumb is not an issue. If not, I would trust Tony Carter and his speed to matchup on the outside against one of the Pats diminutive receiving options. Jammer should not see the field anymore this season. Veteran experience aside, the game has passed him up and that is painfully obvious when he steps foot on the field.

Now there is a 4th option. Champ Bailey can kick outside on base downs, taking over the slot in nickel/dime situations while one of these three plays only on the outside in nickel/dime. We've heard over and over again that Champ Bailey is on a "pitch count." He played 29/52 (55.7%) snaps yesterday against the Chargers. This idea would require quite a boost in playing time. The question is, can he handle it?

When considering this option, I feel more comfortable with Kayvon Webster in the slot and Tony Carter outside. I'm going to break down the Patriot offense a bit and show you how option #4 might work tomorrow.

Who is your choice to replace Harris MHR?