Game time! AFC Championship! The Denver Broncos (14-3) will face the New England Patriots (13-4) for the right to represent the AFC in the Super Bowl! Kickoff at Sports Authority Field at Mile High is set for Sunday, January 19th, 2014 at 3:00 p.m. EST. We've got all of your TV schedule and channel information, as well as how you can watch the game online.

It has come down to the final four teams in the 2014 NFL Playoffs. The final two teams representing the AFC and NFC conferences will face off on Sunday to decide who will go on to play in Super Bowl XLVIII.

What does Omaha mean?

Peyton answers the question as only he can.

Taking a look at Manning vs. Brady

Taking a look at some of Peyton Manning's and Tom Brady's playoff numbers side to side, a few things stand out. Brady isn't as bulletproof as Patriots fans believe and Peyton Manning isn't the illustrious choker his record has made him out to be. Don't believe me? Here are some numbers from both of their careers.

What does Omaha mean? Taking a look at Manning vs. Brady

Patriots quarterback Tom Brady suffered his first playoff loss in 2006 when playing the Broncos in Denver and owns a losing regular season record (4-5) against them all-time. Brady does however seem to have Peyton Manning's number, as he has beaten him ten of the fourteen times they have squared off, including twice in the past two seasons.

Both of the previous two losses were in New England, though, and Brady is 2-4 overall when playing in Denver. Manning, meanwhile, is 6-0 since 2008 when playing against a team he lost to earlier in the season.

Denver is 2-1 against the Patriots all-time in the playoffs (their only loss came with Tim Tebow under center), including a 2-0 mark at home. Denver is 25-19 all-time against New England in the regular season.

Broncos-Patriots will air on CBS (that's KCNC CBS 4 in Denver). Jim Nantz (play-by-play) and Phil Simms (color commentary) will call the game. Tracy Wolfson will be reporting from the sideline. 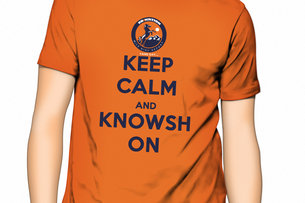 The game will stream live on CBSSports.com. You can listen to games live and online using the NFL's audio streaming package Audio Pass. You can watch the game on-demand after its conclusion using the NFL's Game Rewind package.

As of Thursday evening, the weather forecast called for much nicer conditions than last week, with a temperature of 59 degrees at kickoff. If that's not beautiful football weather, nothing is!

The Broncos are 4.5-point favorites to win against the Patriots at home. More odds.

This is it. The winner will represent the AFC in the Super Bowl. Can Peyton get the job done and knock of Brady for the first time as a Bronco? You tell us — will the Broncos come away victorious on Sunday?